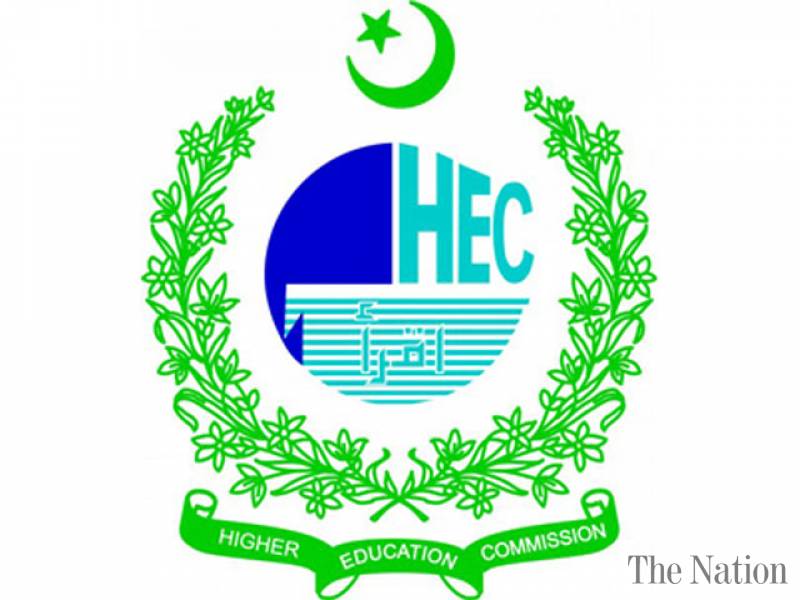 It was an action-packed day at the Higher Education Commission (HEC) in Islamabad on Friday.
The commission’s board of directors announced they would accept any decision by the Supreme Court about whether the HEC is the one and only appointing authority of its Executive Director (ED) or not. Meanwhile, hundreds of HEC’s protesting permanent employees stopped vice chancellors of different Pakistani universities from entering the Commission’s premises on Friday morning. Later, in the afternoon, the same employees stormed HEC Chairman Javed Leghari’s office, forcing Leghari to evacuate.
The HEC has been at the center of an ongoing controversy since the Establishment Division issued a notification on November 28 to replace HEC ED Sohail Naqvi with Major (retired) Qamar Zaman.
Since then, the situation has spilled in two directions: On the one hand, the matter of appointing the ED has become an issue about HEC’s autonomy and the government’s interference in HEC’s affairs. On the other hand, the government employees of HEC have come all out to oppose Naqvi, who they believe, if reinstated, will threaten their grades and promotions by regularizing the HEC’s contractual staff.
A petition challenging the establishment division’s notification, on the grounds that the HEC is the sole appointing authority of its ED according to the HEC ordinance, is pending in the Supreme Court. The next hearing is scheduled for Monday, December 17.
On Friday, the commission’s 17-member board of directors met at the HEC building to discuss its position in the ongoing controversy. The board announced it will accept the apex court’s judgment regarding the appointment of ED. But, for the time being, the board also maintained that the power to appoint the ED rests with the commission and that the extension given to Naqvi in August is valid.
Naqvi was given a third term of four years as ED in the Management Pay scale 1 (MP-1) on August 27, 2012. the Express Tribune reported earlier that an Establishment Division notification in October declared all appointments and extensions granted to MP-1 scale officials without the prior approval of the prime minister as illegal.
But, on November 8, a special meeting of the HEC resolved that the appointment of its employees, including MP-1 scales, was within the purview of the commission.
An official privy to the details of the meeting told The Express Tribune that Zaman also attended the board meeting. But right at the start of the meeting, Leghari told Zaman the board does not recognize him as the ED, the official, who wished to remain anonymous, said.
After the meeting, hundreds of protesting employees barged into Leghari’s office without permission and started chanting slogans against Leghari and Naqvi. Leghari and two HEC board members, who were in the office at that time, were forced to leave.
Vice Chancellors not allowed to enter HEC
In a shocking display of disrespect for senior educationists, ten university vice chancellors, visiting the HEC on a meeting invitation from Leghari, were refused entry to the HEC by hordes of protesting employees.
“I was extremely saddened that next to a signboard which reads ‘Higher Education Commission,’ the employees were doing everything except being educated,” Nasir Jamal Khattak, vice chancellor of Kohat University, said.
The employees told The Express Tribune they believed the vice chancellors were invited by Leghari to pressurize the HEC board.
But the vice chancellors, while most of them praised the past performance of Leghari and Naqvi, said they were in Islamabad for the HEC, not an individual.
“We support the autonomy of this institution and a merit-based system,” Muhammad Nizamuddin, vice chancellor of the University of Gujrat, said.
The vice chancellors said the HEC has helped Pakistani universities compete with international standards during the past ten years and its integrity must be protected. They said the HEC should have more people from the education sector, rather than the bureaucracy.
“Government’s typical bureaucracy is always engaged in matters of transfers and postings,” Nizamuddin said. “It would never focus on matters related to improving the standard of education.”
Dr. Akram Chaudhry, vice chancellor of the University of Sargodha, said the HEC has been under fire since it started the degree verification process of parliamentarians.
“Government is only afraid that HEC’s current administration would expose the fake degrees of its legislators,” he said.