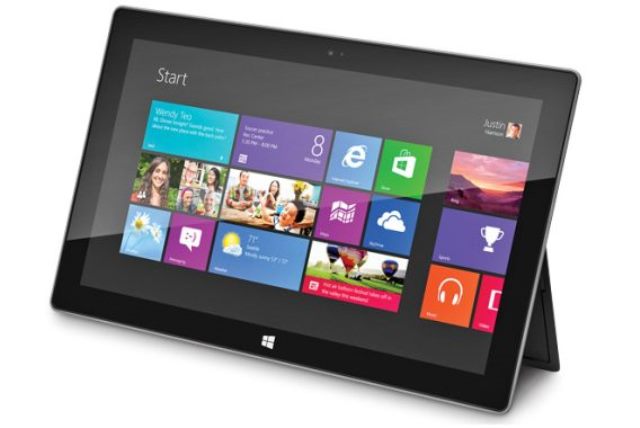 Microsoft is apparently making room for smaller Windows 8 tablets that could compete with devices like Amazon’s Kindle Fire and Apple’s iPad Mini.
As spotted by Ed Bott at ZDNet, Microsoft’s certification guidelines for Windows 8 now allow for tablets with resolutions as low as 1024-by-768.
That’s the same screen resolution and aspect ratio as the iPad Mini, and while Microsoft doesn’t exactly say it’s inviting smaller Windows 8 tablets.
Smaller tablets have become popular in recent months because of their lower prices and greater portability. Market research groups IHS and DisplaySearch see 7- and 8-inch tablets as growing faster than larger screen sizes, possibly overtaking larger tablet sales in the next year or two.
But at the moment, no sub-10-inch Windows 8 tablets exist, possibly because of the minimum 1366-by-768 resolution Microsoft requires for certification. On smaller displays, that widescreen aspect ratio would make the screen seem too skinny. The relaxed requirements allow for tablets that would run wider in portrait mode, or taller in landscape mode.
There is one big drawback, though: Tablets that drop below 1366-by-768 won’t be able to use Windows 8′s Snap feature, which lets a second Windows Store app run in a sidebar next to the main app. Snap is one of the most useful and unique features of Windows 8, and although Microsoft will require tablet makers to disclose the lack of Snap, without it, smaller Windows tablets will lack a major selling point over other cheap tablets.
The other problem is that if tablet makers start putting out 1024-by-768 Windows tablets, they’ll essentially be competing with last year’s iPad Mini. All signs point to Apple launching a Retina-display iPad Mini later this year, and it’s likely that other tablet makers will bump up the screen resolutions of their small tablets. Between the lack of Snap and lower screen resolutions, there’s not much of a reason to buy a small Windows 8 tablet instead of an iPad Mini, Kindle Fire or Nexus 7. Microsoft would need a killer feature – tight Xbox integration, perhaps – to stand out.
In any case, don’t expect 7- or 8-inch Windows tablets to arrive soon. As Bott points out, the smaller slates will likely launch alongside Windows Blue, an update for Microsoft’s operating system due this summer.

Mideast IT spending to hit $193bn on Information Technology (IT)