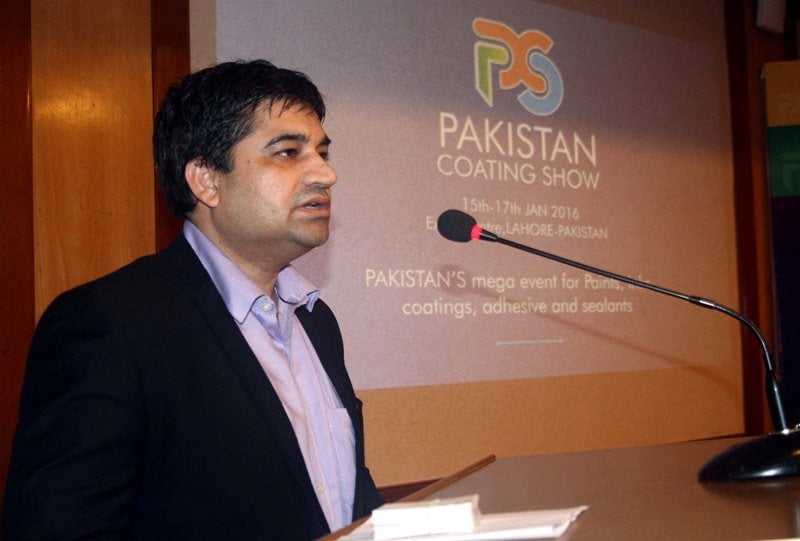 B2B Media will soon be conducting a grand “Networking Event” in Karachi for Pakistan Coating Show, 15-17 Jan 2016 to be held at Lahore International Expo Center,as it strongly believes in developing friendships & business relations with their National and International partners.

Besides the upcoming ‘Networking Event’, another initiative of the B2B Media was the first-ever ‘Pakistan Coating Show’ held in Lahore (21st – 23rd January 2015).

The company believes it will determine new landmarks for the coatings industry of Pakistan. Pakistan Coating Show took place at Lahore in early 2015, where leading manufacturers of paints, coatings, adhesives, sealants and other industries participated enthusiastically to showcase the best of their products and technologies.

The Governor Punjab – Chaudry Muhammad Sarwar, visited the coating show as a support on personal ties with the organizer.

Speaking on the Occasion, Governer said that show, organized by the B2B Medis has set a strong trend of giving a convenient platform for the progress and prosperity of the coating industry.”

The Coating Show conducted in 2015 was a big success and industry is looking forward PCS, 2016 as a bigger success.

The next coating show will be conducted on 15-17 January, 2016and it promises to be a catalyst event for fresh endeavors in the national and international markets. The next year’s event would provide even more opportunities to the industries; helping them connects and shares their wisdom with each other, their customers and associates.