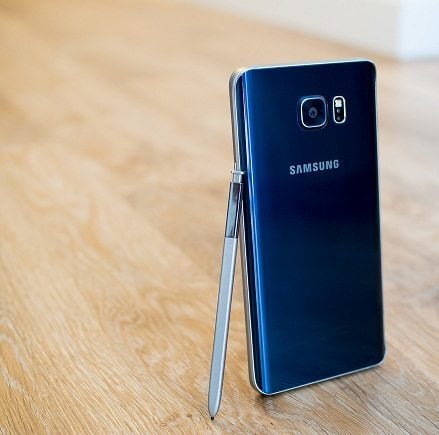 Samsung Note 5 Customers have to deal with flawed “S Pen”

(NetMag News Desk) SAMSUNG Galaxy Note 5 is facing severe criticism due to its design flaw in the “S Pen”. The flaw is that if someone mistakenly inserts “S pen” in the slot (silo) with the opposite side inward it results in the loss of either the S pen or the cell phone itself. However, in the previously released models of SAMSUNG Note Phones, the design was such that it was not possible to insert “S Pen” inversely.`

SAMSUNG has replied the complaint by issuing a statement that, “We highly recommend our Galaxy Note5 users follow the instructions in the user guide to ensure they do not experience such an unexpected scenario caused by reinserting the S pen in the other way around.”

Although SAMSUNG Galaxy Note 5 is yet to be released in Pakistani market, most probably in the on going month, but with the reply of this sort it is more likely that SAMSUNG is not going to remove the design flaw but will follow the launch with same design and it is user who has to take care of the Cell Phone he paid for.

Now the only advantage Pakistani consumer market has is that they are already aware of the design flaw and it is up to them whether they like to purchase a phone that can be broken with a slight mistake of sliding its “S Pen”
in an invert direction, even unintentionally, or they can go for a better phone in the market. Because despite all the alluring features of the SAMSUNG Galaxy Note 5 the design flaw in the Pen is so unacceptable that it faded all the attraction of Note 5.