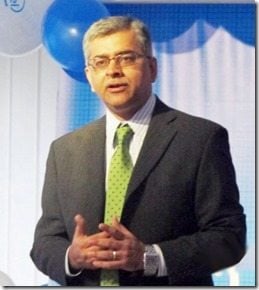 Mobile trends in Asia – Ones to watch By Naveed Siraj

The ways in which people use technology in the course of their daily lives are changing rapidly. New demands for flexibility, mobility, and convenience are leading to new types of devices.  We have identified the top five trends that will define what devices will be used, plus where and how these devices will be used.

Apple’s iPhone 6 Plus (5.5-inch screen) and Samsung’s Galaxy Note 3 (5.9 inches) are examples of phablets – extra-large smartphones which have the form and functionality of a tablet device. These larger form factors are exploding in popularity with shipments in the APJ region, reaching 12.6 million at the end of 2014 – a year on year growth of 225 per cent[1].

Screen size was cited as the main reason for buying a phablet by both iOS and Android buyers at 43 per cent and 47 per cent, respectively[2], enabling greater on-the-go consumption of content rich social networks and apps, including Facebook, Instagram, and Snapchat.

The increase in popularity of larger mobile devices will only serve to increase this consumption, as owners of larger screen phones consume 44 per cent more data than those with smaller screen mobiles[3].The trend forecasts that nearly three-fourths of the world’s mobile data traffic will be video by 2019. It will increase 13-fold between 2014 and 2019, accounting for 72 percent of total mobile data traffic by the end of 2019[4].

TV has been eclipsed by the mobile

If asked to speculate which screen captures most of our attention on any given day, many will likely say television, or somewhere between TV and smartphones. The reality is it’s not even close – smartphones dominate when it comes to screen time spent by users in APJ on any given day.

This is particularly true in emerging markets such as India, the Philippines, Vietnam, Thailand and Indonesia, where the minutes spent viewing smartphones is around double (and in some instances a lot more than double) the time spent watching TV[5].

The next wave of mobile tech is widely expected to be wearable technology. In Q1 this year, 11.4 million wearables were shipped, a 200.0% increase from the same period of last year[2]. This trend is set to continue, with forecasts of 126.1 million units by 2019[3].

We are already familiar with smart technology in the form of watches and fitness trackers, such as the BASIS Peak™fitness tracker, the SMS Audio™BioSport™ In-Ear– but innovations in this sector are set to produce a multitude of smart connections with the items around us.

Fashion is one area we can expect exciting developments. Last year, wearable technology debuted on several catwalk runways last year, merging the worlds of fashion and technology in new ways, with the launch of the luxury smart MICA bracelet designed by Opening Ceremony and Intel. Another example is the MIT technology collaboration with Jon Lou to develop the 314, considered to be the world’s first intelligent handbag. It charges your phone, lights up in low ambient lighting, and learns your charging behavior to always keep you charged.

The future is most certainly bright for wearable technology and likely to be more integrated into how and what people are already buying.

The huge popularity of mobile devices in the region presents a huge opportunity for mobile marketers in the region. While the early days of mobile marketing were predominantly concentrated on the mobile equivalent of ‘spamming’ – unwanted text messages and phone calls – the current wave of mobile marketing is all about permission-based messaging that reaches the consumer at the right time in the right location. The ability of mobile devices to pinpoint where we are at any given time is transforming the way in which we are marketed to, and APJ is leading the way in this new targeted form of marketing.

Advertisers are tuned into this shift, given almost half of all consumers (45.6%) in Asia made a purchase using their smartphone last year compared to just 19.6% of Australian consumers[4]

*Other names and brands may be claimed as the property of others.

Intel technologies’ features and benefits depend on system configuration and may require enabled hardware, software or service activation. Availability of computing devices varies by country. Learn more at intel.com, or from the OEM or retailer.