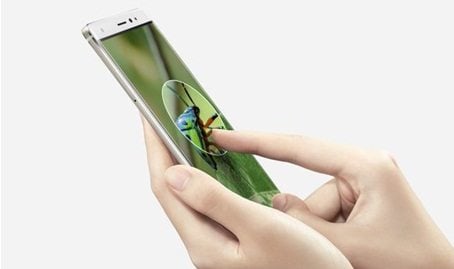 Recently launched in the international market, Huawei Mate S has “Touch Control” as its core feature. Huawei Mate S is undoubtedly going to create a new experience for users that enhances their interaction with the device. When viewing photos, users can quickly preview and enlarge the snaps by pressing the screen with one finger, reforming the functions of a conventional phone. Another revolutionary feature of Huawei Mate S is that this smart phone can also be used as a scale to weigh objects.

This smart phone is equipped with Fingerprint 2.0, an upgraded version of the advanced chip level security and one-key unlock technology in the Huawei Mate 7. Fingerprint 2.0 improves recognition speeds by 100 percent, with more accurate self-learning functions. It can also be used to control the notification bar, double-click to erase unread notifications, and slide to preview pictures, and hold and take phone calls. All of these options improve the one hand operation of the phone.

Fingerprint 2.0 and Knuckle Control 2.0 – first introduced in the Huawei P8 – simplifies how users switch between app operations and take screenshots. This feature offers users a new way to interact with their phone: drawing a “C” with their knuckle activates a camera while double-clicking the screen with a knuckle records the screen in the form of a video.  With these options, every type of touch provides an opportunity to be innovative.

With the above-mentioned ultra cool features, Huawei has ensured that Mate S is the most brilliant smart phone released in 2015. Mate S is certainly going to take over the smart phone market like wildfire and set new peak record of Huawei sales.

OPPO To Hold First Ever Launch Event in Pakistan