Every feature of Huawei’s supreme prodigy Huawei Mate S is exceptional and revolutionary. The fine design of Mate S exhibits the elegant craftsmanship of Huawei. This smart phone possesses an ergonomic, sophisticated exterior, which has curved back cover which features a laminated ladder battery and a staggered height printer circuit board layout design. To give a smooth feel, this smart phone utilizes a nanometer shooting technique which seamlessly unites the phone’s antenna and metal.

The cutting-edge technology, including diamond cutting, CNC carving, nanotechnology and a sapphire camera are integrated into the phone’s seamless metal body. 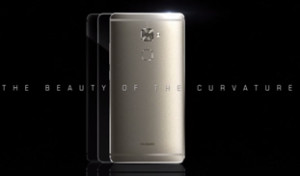 The eccentric touch screen technology of Mate S offers an unusual design that presents a beautiful balance between the phone’s excellent capabilities and its spectacular visual facade.

The Huawei Mate S is equipped with a camera that suits to the requirements of both beginner and professional camera users. It considers the user’s needs in everyday life. The 13 MP rear camera features an RGBW sensor, optical image stabilizer, Dual color-temp LED flashlights, and independent image signal processor camera units, which combine to capture higher quality pictures faster.

The Huawei Mate S takes camera capabilities one step further by offering an 8MP front camera with soft, front lights to enhance the quality of selfies. Huawei Mate S has been aptly equipped with such camera features which ensure that the users capture vivid and most beautifying images possible.