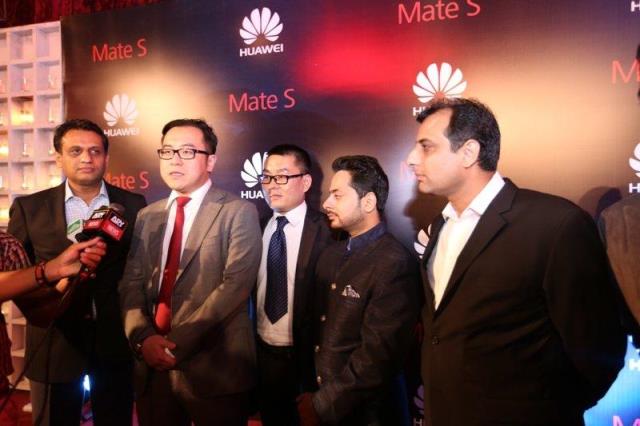 Recently in Dubai, Huawei has launched its all new flagship device, Mate S. The glamorous launch was witnessed by a large number of technology persons, reporters, bloggers and obviously Huawei officials. At the event, Huawei devices President of Middle East region, Mr. Jiao Jian, revealed Mate S and announced its availability in respective markets of Middle East, Africa, and Asia as well. 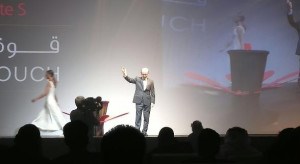 Huawei has tremendously presented its technological innovation, the Mate S during this remarkably well managed and unmatchable well-organized event that was telling its own story that it was the hospitality of Huawei, the top multinational smart phone brand. And no doubt the glamorously stunning launch event was a perfect stage for Mate S. Aesthetic heights and superior taste of Huawei has also reflected in the environment while Mr. Jiao Jian was on the stage waving a glittering golden shine of Huawei Mate S.

Huawei has brought Mate S with countless irresistible features enriched with technological advances and innovation as Huawei known for. Mate S is the only smart device in the market that has introduced “Force Touch” technology after Apple claimed it as its sole innovation incorporated in iPhone 6S. Although Mate S is not yet available in Pakistan its pre-booking has started for anxiously waiting for customers. Huawei Mate S price in Pakistani market has tagged as 67,999 rupees, but it’s not all that. Huawei is offering perks to the customers against their pre-booking in the form of a classical Huawei Blue-tooth speaker or a tech-enriched Talk-band B2, for free either chosen by the consumer.

Force Touch technology is the most interesting in Huawei Mate S. Through this pressing a bit hard against the screen while moving through photo gallery can enlarge and zoom snaps or one can shuffle through the clicks. Also using “Force Touch” Mate S apps expose extra functionalities and options as well. Weighing light stuff like a fruit or a ring is also not a big deal when Huawei Mate S offers you Force Touch to do the job. However, it is to be noted that the Force Touch Technology is only available in the premier model of Mate S 12GB/64GB devices.

Magic corners are the wonders of technological features Huawei has incorporated in its flagship device. Magic corners, at different spots, similar to “Force Touch” work with pressing harder and subsequently enable navigating through different applications and different corners also bring unique features to you. 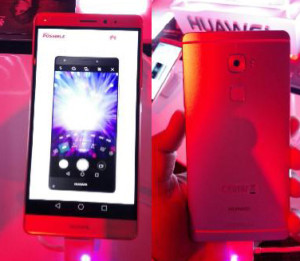 Huawei has also focused prominently on Mate S screen regarding furnishing it with vibrant colors, silky smooth touch with a protection of Gorilla Glass 4 that keep your Mate S screen crystal clear and stunningly neat from finger prints. Along with its 5.5 large screen Mate S is an excellent technological art of Huawei’s creation.

Fingerprint scanner has improved in this flagship device. The scanner in Mate S is placed on the smoothly curved back. Fingerprint scanner of Mate S is experienced to be much more efficient as compared to the other smart phones scanners. It takes less than a blink of an eye to unlock your device while you touch at its scanner with your finger.

There numerous other features like Knuckle senses, dual Operating system support viz EMUI 3.1 and Android 5.1.1. Now it is up to Huawei technology admirers to explore Mate S that will be available shortly after the formal launch at Lahore on 8th October 2015.

In the delicate touches of musical tones, dancing artists in the alluring rainbows of colors and twinkling lights in on the backgrounds Huawei Mate S has won hearts at IFA 2015 in Dubai.