What else can Apple and Samsung do instead of being depressed when the consumer markets both at national and international levels are roaring with the hot responses made by the Huawei Mate S consumers and incredible success awards by the rational observers for this glittering jewel of Huawei’s unmatched technological innovations, the Mate S. Huawei has reached the heights of technological research and development and it has proven this, with its creations, like Mate S, recently launched at International and local Pakistani market, in and Lahore respectively.

Apple and Samsung are really in hot waters because Huawei has firmly proven itself a real champ of smart phone technologies around the world, fiercely shattering the images of previous, invincible smart technology master brand. Mate S received countless pre-booking orders in Pakistan right after its international unveiling, at IFA. Then after the launch event of Mate S, in Lahore, its sales began in Pakistan rapidly and the enthusiastic hot responses from the consumers for the Mate S can not be summed up in words.

Consumers who placed their pre-booking orders are proud of their very right decisions for having this superb, delicately crafted and high technology enriched Mate S. Furthermore, the consumers that were going crazy to purchase Mate S even before the launch of this flagship device of Huawei are now really enjoying. 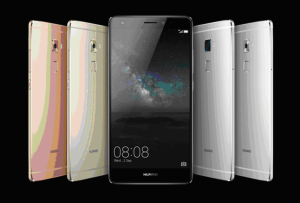 Subsequently, sales of Mate S are on the unmatched increase, day by day. And as mentioned before the hot responses are not from the local Pakistani market only, but also from the international markets. Around the globe, Mate S has been honored with awards for recognizing its real technological and aesthetically finest craftsmanship and design.

And to mention here the endorsement of Mate S with awards “Giga Award Best of IFA 2015” is most important. And definitely, the smart phone consumers are familiar with the Android Authority award, which has also been bestowed to Huawei Mate S for its superior operating system technology utilization and best experience of the android application. Still, this is not the end here, a number of highly reputed publications, known for their rational observations and remarks, have laid down admirations for Mate S.

The Wall Street Journal writes, “The best products and the best innovations are coming from Huawei. Not from Apple not from Samsung.” And similar views are here from the Sunday Tribune, “The Huawei Mate S redefined how we incorporate touch technology into our smart phones, breaking through conventional way of touch screen control and ushering a new era of Human-Machine interactions.” There is a lot more similar affirmations for Mate S from the CNN, CNBC, Pocket-Lint, CNET, Bild, The Sunday Times etc.

Camera technologies are one of the most alluring features incorporated in Mate S by Huawei. And it has captured a large consumer population around the globe that loves to catch their best and fun-filled moment with a camera-eye. And what else they can ask if Huawei has already bestowed them with high efficiency, high-quality camera in Mate S, with 13 Mega pixel resolution. Adding to this are the applications and features to beautify pictures and loveable moments.

Indeed Huawei has won hearts by creating such a marvelous device. And no doubt sales of Mate S will mark records that have never seen before from any smart device at all. So if you don’t have your Mate S, then you really missed something lively..!