Recently Huawei has revealed its performance report for the third quarter of the ongoing year, 2015. According to the report, Huawei has enjoyed sustainable growth rates with a smooth smartphone shipments increase and elevated demand of its mid-to-high range devices. And to mention here the statistics, these mid-to-high range electronic devices counted to be the 33% of the total shipment concern here. That is a gain of 7% increment against the previous, 2nd quarter count.

Further, Huawei was expecting to grow by only 9.3% per annum growth with respect to the previous year. But recent statistics consolidated the Huawei increasing pace of growth, by 63% incredible increase against such expected rates. Till the end of September 2015, Huawei has shipped 27.4 million units of total smartphones in the period of three months. 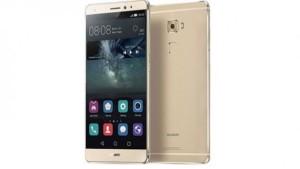 Mr. Shawn, General Manager for Huawei devices in Pakistan, said, “ While reporting our third quarter growth indicators this year, we can surely depict a bright future of robust growth of Huawei as a technology innovator and high priority of consumers all around the world. Our growth rates make it clear that Huawei is consistently boosting its pace on the highway of success. Strategies for addressing consumer demands and keeping the deep focus on user satisfaction have always remained discretion of Huawei.”  Mr. Shawn also said that Huawei has been receiving encouraging responses in Pakistan, especially, and they are stressing to bring the local markets with the trust of quality and modernization of life standards.  It is also to be mention here that Huawei’s deep penetration with fast currents expected to enjoy large spectrums of development as Pakistan comprises only 14 % of Huawei overall market share. 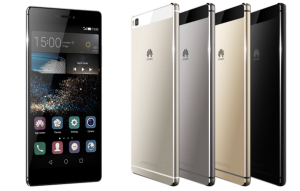 Specific results for Huawei’s mid-to-high-end smartphones, which include any device that retails for more than RMB 2,000, point to growing interest in such products. Since their launch, shipments of the company’s flagship Mate 7, P7 and P8 devices have reached 6.5-, 7.5- and 4-million units respectively. Huawei Mate S, the latest flagship that the company has launched in September this year, has gradually become available in over 48 countries globally including China, UK, Germany, France, Spain etc. The launch of the Rose Gold version of Mate S allows Huawei Consumer BG to further consolidate its brand awareness and recognition among female consumer globally.

Demand for mid-to-high-end Huawei smartphones is especially strong in Europe, where the company’s devices account now for 12.4 percent of the overall smartphone market in Spain, and 45.7 percent of the country’s high-end 400-500-euro-device market.

In the ongoing year, Huawei has ranked 88th in the Global Interbrand ranking, and that must be noted that this ranking comprises of 100 best global brands for the year of 2015. As for Huawei’s global strength, a recent report from GFK indicated that the company has managed to keep itself among the world’s three leading smart phones makers for the January to August–period this year with a market share of 9.5 percent.