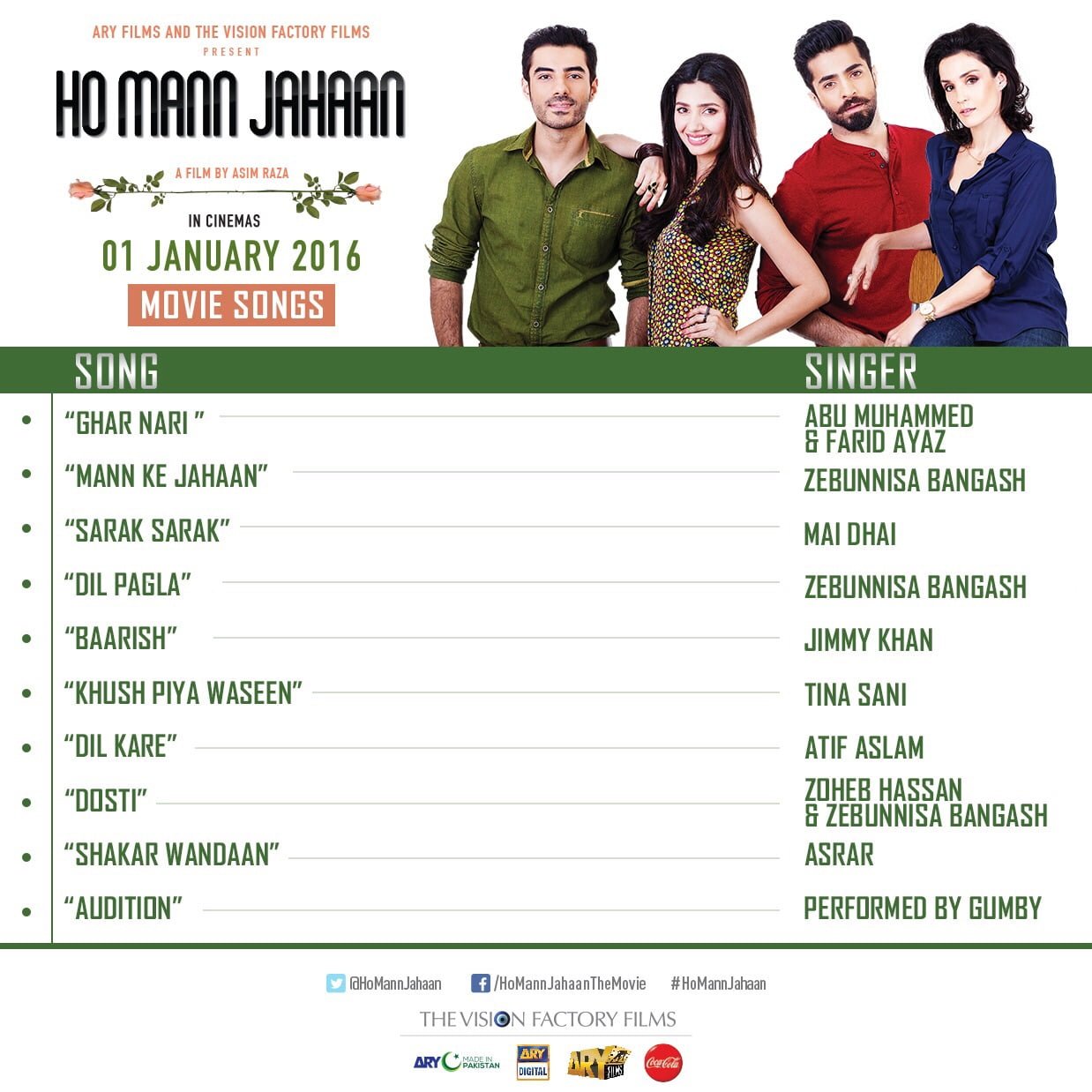 On behalf of our client ARY FILMS and THE VISION FACTORY FILMS we would like to share the original Sound Track of Asim Raza’s directorial debut #HoMannJahaan, staring Mahira Khan, Sheheryar Munawar, Adeel Husain and Sonya Jehan. We would also like to confirm that the film will be releasing nationwide on 1st January 2016.

For this, we are sharing the dropbox link of the entire Ho Mann Jahaan music album for you to do a music review of the film’s music and/or upload the songs on your respective blogs/websites: https://www.dropbox.com/sh/6bem3r67leu0c5w/AAD50nY8Z4Q1wYNyioVfjyzpa?dl=0