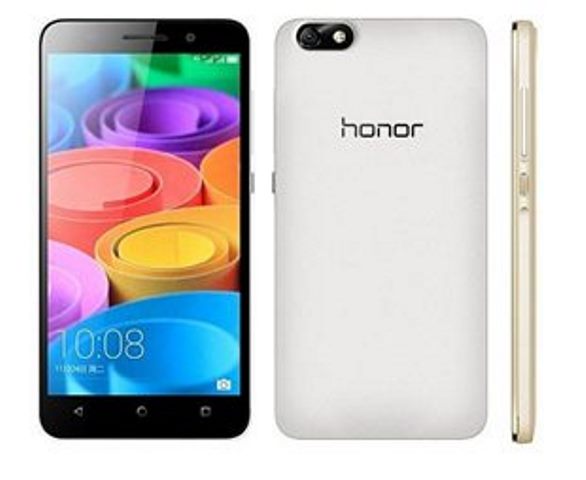 Huawei Honor 4X, an extraordinary smart phone, has been launched in Pakistan mobile market, recently, in beginning of November. This smart phone has received an overwhelming response from the market and the smart phone customers have shown a visible preference for this device. Honor 4X is a technological wonder manufactured by Huawei for its Honor family. Following the success pattern laid by its predecessors, Honor 4X has won acclaim in the local as well as international market.

Honor 4X’s super efficient processor and the power-packed battery has made it unbeatable among peers. This smart phone runs on HiSilicon Kirin 620, 64-bit, Octa-core processor, which is supported by Android’s latest 5.0 operating system and Emotion 3.0 user interface. Honor 4X’s Octa core processor has been proficiently manufactured to give 40% enhanced performance and low power consumption. Larger storage capacity in Honor 4X, that is of 2GB RAM and 8GB ROM (memory expandable up to 32GB) would give the users super fast operational experience.

Honor 4X’s mega powered battery, i.e. of 3000 mAh backed by power saving technology, would last for long hours and give a seamless performance. The energy of the smart phone because of the aforementioned feature would be 30% enhanced and ultimately give long standby time. For mild users this smart phone’s power would last for 72 hours, for moderate users, it would be 48 hours and for heavy users, it would be 28 hours, as announced by the officials.

The camera of Honor 4X is also commendable, with 5MP front and 13MP rear cameras, 4X is finally capable of capturing dynamic full of colors and lively pictures. The 5.5 inch large HD screen of Honor 4X would deliver its user’s incredibly vivid and bright images and videos. The Box integrated sound chamber in Honor 4X would deliver, the best and enhanced audio would make listening to music a heavenly experience.

Honor 4X is available in all the authorized mobile phone outlets and stores across the country at an affordable price of Rs. 25, 799/-  only. Even this is not the all with offers, instead, consumers will also enjoy Zong’s super offer of 6GB free data for 6 months with this remarkable creation of Huawei.