It has been reported by 9TO5Google that Huawei has announced an over-the-air (OTA) update, being applied to its revolutionary smart watch. The newly updated smart watch will offer a new app and a new face. The said update will, automatically, be downloaded in the smart watch and the users will receive a notification of it, as announced on Huawei community blog post.

The updated smart watch would have an enhanced and optimized detection feature for “OK Google” command, allowing the watch to recognize the voice with more ease. The up graded software in the watch would deliver more accurate fitness tracking services, for example, step counts etc. The connectivity of the smart watch with the phone, through Bluetooth, would also be improved, providing the efficient connection. A fusion sensor for gravity/rotation vector/linear acceleration would also be integrated into the smart watch. 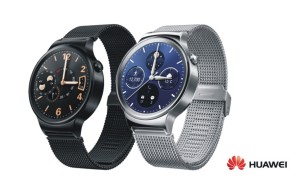 It is quite an obvious fact that now tech companies are thriving to deliver excellent quality smart devices with enhanced and user-friendly functions. Huawei is also in the race with its incredible smart devices which are not only budget-friendly but they also sync quite well with the users.

Huawei’s Android-Powered smart watch has also earned numerous positive remarks from the tech critics and the readers, users etc, mainly because of the exquisite and premium design of the watch but now with the latest up gradation, Huawei watch would also deliver matchless, functional features, making the users fall for Huawei devices, all over again.