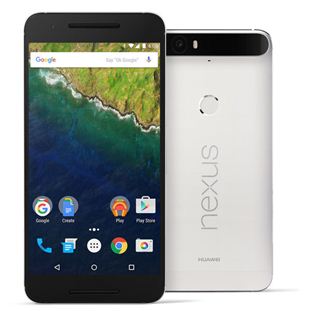 Huawei has done a commendable job in delivering an incredible Nexus smart phone, which is undoubtedly the best Nexus till date. Huawei has powered this smart phone with Google’s Android 6.0 Marshmallow and it packs a plethora of exciting features which would keep the users attached to their Nexus for long hours, swiping across apps and exploring quality stuff along the way. The 5.7 inches large screen of Nexus would give an enhanced and widespread display, allowing the users to have an out of the world movie watching experience, on the crisp and bright screen with the front facing stereo speakers.

Once you get your hands on the Nexus smart phone and get the hang of Android user-interface (UI), then besides setting up a Google account, you need to explore certain utterly useful apps, so that your mobile experience gets booming.

Apps which you need to explore and download are:

This app is quite well known for its security and protection features. Android device manager improves the security of your smart phone. Using this app, the users can lock their PIN and reset it. Users can locate their devices which are linked to Google account and most importantly in case of any unfortunate event like the device is stolen etc, the users can remotely erase all data from their device.

Another worth having the app in you Nexus 6P is the PushBullet. This app makes a wireless transfer of data lot easier and it also pushes all the notifications on to the synced desktop device. With this app, users can easily subscribe to their favorite channels.

While your Nexus is plugged for charging, there is no need to repeatedly pick your smart phone to answer the texts instead PushBullet will help in securely responding to such notifications.

Although the new Android Marshmallow user interface provides multiple themes and layouts people have a tendency to get bored easily they need to have something different every time. To serve the purpose, Nova Launcher is the best and most suited app. With this app, the users can receive more customizations for their Android and more features that can be conveniently integrated with it. The customizability not only provides abundant of icons, themes, and fonts but also offers new user interface layouts, which improves the overall working of the device. Layouts can be imported from third party apps and have more or less an automated cleaning out of the cache.

The cyber crimes are on an increase with the tech advancements being done every moment. The users are and they should be very careful regarding the security aspect of their presence on the internet. The Google Authenticator is quite helpful in this respect, it manages the privacy of the users and they won’t have to manually log in to each and every website.

The users who have good internet connectivity throughout the day, Pockets Casts, is highly recommended to them, to have nonstop audio entertainment and a never ending playlist of amazing songs. This app has features similar to the podcast; it’s new material user interface design makes single handed browsing significantly easy.

By now, almost half of the world is quite well aware of the smart Android watches being launched and their smart effects on daily lives. So, for the users who like to make maximum use of the technologies offered in today’s times, getting an Android watch should be the next thing to do and for that, the relevant app can be easily downloaded from Google play store.

The last but not at all the least must have the app in the list, is the Google Wallet. It provides a cardless payment feature. This feature is being increasingly used at numerous university libraries, retail stores, restaurants, tech gadget stores etc. So, if such practice is being done in your area, then Google Wallet is a must have app for you to download in your Nexus 6P.

Tweet: Get the most out of your Nexus 6P with amazing apps