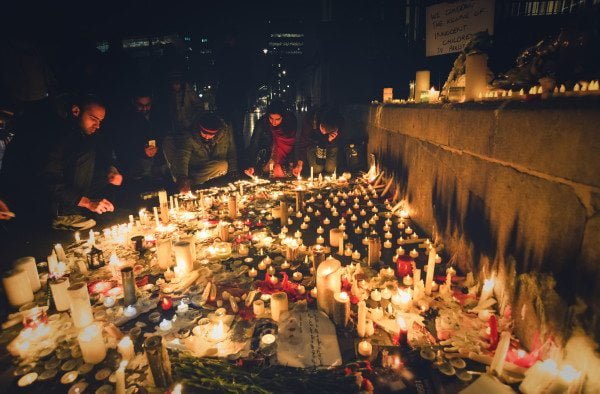 Pakistan remembers those it lost at Army Public School Peshawar

Pakistan remembers those it lost at Army Public School Peshawar

As with all things in life, time and people must move on, but the first anniversary of the horrific events of 16 December 2014 have jarred our memories and made us remember the sorrow and loss that we felt as a nation after the attack on the Army Public School (APS) Peshawar.

If there is any positive that can be taken from that day, it is that we came together as a nation on 16 December last year to not only share the sorrow of the many families who suffered, but we also decided as one nation that we must make the effort to weed out the terrorist who live among us and wish harm on the people of Pakistan.

Over 140 people, a majority of them schoolchildren, were mercilessly executed at the APS by the outlawed Tehreek-e-Taliban Pakistan (TTP). This act was both chilling and senseless in the loss of young life. Nevertheless, our resilience as a nation was evident in how we reacted to that horrific day and once we began to learn of the many stories of heroism in those dark hours, displayed both by the children as well as the many adults who were there to teach them and facilitate their education. All of those martyred have been rightly hailed as national heroes and credited with forging unity in the country for fighting the war against terrorism.

To the credit of Pakistan’s people and the leadership of the country, these attacks only strengthened the nation’s resolve to weed out terrorism. As a result of this attack, the army further intensified its efforts under Operation Zarb e Asb. Over 30,000 Pakistani soldiers are involved in the ‘comprehensive operation’ to flush out all foreign and local militants hiding in North Waziristan. The operation has received widespread support from the Pakistani political, defense and civilian sectors. As a consequence, the overall security situation has improved and terrorist attacks in Pakistan have dropped to a six-year low since 2008.

Today, a whole year after the massacre of that day, the entire country has arisen as one to pay homage to the martyrs and the injured children, staff members, and their families. Reports from earlier today are symbolic of the unity amongst all tiers of the national leadership, with the entire political and military leadership including Prime Minister Nawaz Sharif and Chief of Army Staff (COAS) General Raheel Sharif marking the anniversary by attending the remembrance ceremony at APS. Apart from the Prime Minister and Army Chief, the Chief Ministers of all provinces and ambassadors of several countries also attended the ceremony at the APS.

Microsoft’s Executive Summit on Cloud – The future of IT industry