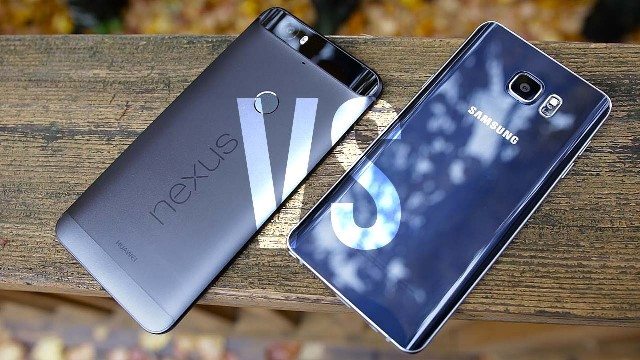 Nexus 6P has been recently launched by Huawei in Pakistan. This exquisite smart phone has been made in partnership with Google and loaded with Google’s latest operating software Android v6.0 Marshmallow. Nexus 6P is available in Pakistan at a price of Rs. 71,999/- with Mobilink’s free 12GB data for 12 months offer.

Reasons why Nexus 6P is better than Galaxy Note 5

Looking at the hardware features and software etc of Huawei’s Nexus 6P and Samsung Galaxy Note 5, certain aspects do make Nexus better than its competitor. Huawei is now quite well-known for the uniqueness of style of its smart phone and Nexus 6P is amazing proof of it. On the other hand, Samsung devices bear the same look, after having a glimpse of each new device of Samsung; one gets the “seen before” feeling.

Now let’s talk about the reasons which make Nexus better than Note 5.

Front facing speakers, a tradition which has long been followed by Nexus smart phones, starting from Motorola. The speakers on Nexus 6P are more enhanced than the predecessors; they are louder and clearer than on the Galaxy Note 5. In the music produced through the Nexus speakers, one can actually hear the bass and crisp vocals.

In all the Nexus smart phones launched till date, Google has integrated its latest Android OS. Updates of the OS are also first received on them and the user interface on them is much cleaner and bloat-free. A bunch of stock software features is also there, which can only be found on Nexus smart phones such as Google Now on Tap.

Another exciting feature which makes Nexus 6P better than Note 5 is the exceptionally great fingerprint reader. It has been placed on the back of the device and it adds lot more spark to the appearance of the phone. This scanner works a lot better than Note 5 in terms of speed and accuracy. The technology of the fingerprint scanning in Nexus is called the “Nexus Imprint” and it is capable of recognizing the fingerprint in lesser than 600 milliseconds and in all condition i.e. either wet or dry. The accuracy and speed of Nexus’s scanner also increase with time as it is capable of self-improvising. Better security features, exclusive to Android Marshmallow, adds to the protection aspect provided by Google imprint.

Type- C USB port has been featured in both the Nexuses launched this year i.e. Nexus 5X and Nexus 6P. This type of port is more flexible, it can handle data and provide faster charging as compared to the micro USB, which is found on almost all of the smart phones launched this year. Another good thing is that with Nexus’s retail box, the user can find a USB Type A to Type C connector, which is compatible with old and new laptops and personal computers.