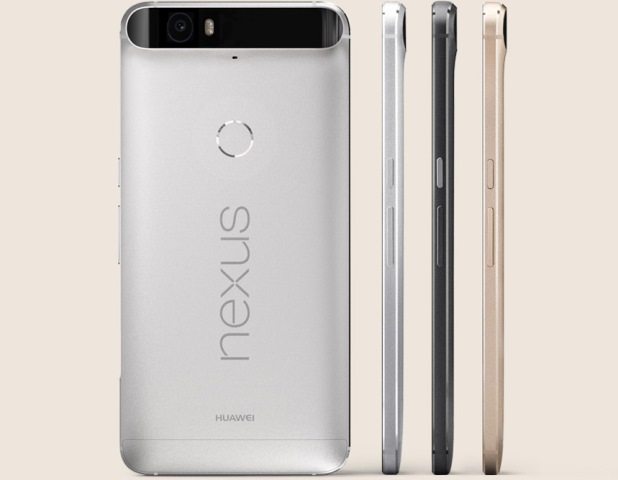 Huawei Nexus 6P is a high technology flagship smart phone recently introduced by the Global technology giant Huawei. So far Nexus 6P has achieved endorsements all around the international and national markets where Nexus 6P is offered to consumers. Consumer feedback has placed new records of success milestone for this technology craftiness of Huawei. Google and Huawei ventured together for the enhancement of this flagship device. Nexus 6P went so marvelous in the consumer market that it has left iPhone 6S way behind in the race of popularity in masses and applauded by the technology analysts. Nexus 6P is elegantly designed keeping the aesthetic taste of consumers in focus while on the technology Huawei’s Research and Development team have come up with the real innovative approach. Nexus 6P is a real demonstration of this wonderful blend of high technology, user comfort, and esthetic craftiness.

When it comes to the structure and design, Huawei Nexus 6P and iPhone do not bear many differences with them. Both the flagship device of Huawei and Apple’s 6S are aluminum bodied with lustrous touch and silky smooth experience.  But the difference that matters a lot when you go to purchase a smart phone you, while simultaneously wishes for best video and pictures experience, is the large screen size. Huawei Nexus 6P has clearly beaten Apple’s iPhone 6S. Huawei has manufactured Nexus 6P with a larger screen of 5.7” as compared to the much smaller in comparison 4.7” screen of iPhone 6S. This apparent difference of 1” but definitely larger display even of this range matters when you have to choose between the best available options in the market. Nevertheless, both scored equally in the .2mm thickness of the smart phones. So, overall in the body structure and design Nexus 6P has an upper hand as compared to iPhone 6S. Subsequently, the display size of Nexus 6P attracts the consumers, obviously.

Finely lined edges of Huawei Nexus 6P are adding attraction to its aesthetically streamlined body and sleek look. Moreover, iPhone 6S has nothing new in design than its previously launched smart phone design, while Huawei has a distinction that it always comes up unique and new designs in each launching smart phone device in the market.

Display Screen of Naxus 6P is 5.7” large, WQHD (2560×1440) AMOLED, packed in 518ppi.  It is an AMOLED screen with Gorilla Glass 4 protection along with an oleophobic coating for fingerprints and smudge resistance. Nexus 6P provides its users the best experience of a larger display. Huawei also emphasized the colors of the Nexus 6P display. Colors produced by the screen display are vibrant and provides real life color experience to the users.

Whereas on the other hand iPhone 6S plus has 4.5” screen, with a resolution of merely 1334×750, that no doubt places the whole argument. Apple’s iPhone actually has restricted pixel density to 326 pixels-per-inch as compared to the Huawei’s Nexus 6S.

Apart from this iPhone is built in with the LED backlit that produces less vibrant colors as compared to the super AMOLED display of Nexus 6P. Pictures and video quality on the Nexus 6P are like a superior experience with more close to real life visual sensations on the eyes. Vivid display, larger screen size, and vibrant colors are the attributes Huawei has successfully built in Nexus 6P. So why would one go for an iPhone when Nexus 6P is there to allure one with the marvelous craftiness of superior technological touches?

Huawei has incorporated Android 6.0 Marshmallow in it Nexus 6P to make smart phone experience smoother, faster and out beaten in the market, of course. And it is important to mention here is the operating system of Nexus 6P is latest and with the collaboration of Google it is going to be the most updated system with all available new updates readily available to Nexus 6P users giving an upper edge to this remarkable smart phone. The new features highlight the Flags, Sports, food and the much more. On the other hand, the concept that despite Android being biggest platform Google has also leaned towards iOS to get all its applications available on the Apple iOS has shattered when Google has collaborated with Huawei for Nexus 6P’s best operating system. Now it is not the debate that which operating system is great and more superior but it is a debate, for now, that how we can compare an OS of Nexus 6P to the iOS of Apple when Google is there in Androids 6.0 Marshmallow creation.

Huawei has designed its Honor Nexus 6P with a great thermal design that reduces the heat while playing games for longer hours, online video streaming, video chatting and much more. Here once again Huawei has beaten Apple creation that fails to complete this open test in the survey with smart phone users.

Storage is always an important aspect of the phone when one wants to store large volumes of data in the form of pictures, favorite songs and memories in videos and definitely above all the applications downloaded by the user’s needs storage place. Here we found two important things to describes firstly it is about the primary memory and then the storage. Nexus 6P offers 3 GB RAM as compared to the iPhones 2GB primary memory. Of course, Nexus 6P is superior experience generator for the smoother and faster operations of the smart phones features applications and overall performance whereas iPhone 6S has to struggle a bit to make its impression on the users.

In terms of storage memory, Huawei went for the high range memory than iPhone more broad range. Huawei’s Nexus 6P is available in 32GB, 64GB or 128GB and that is to mention here that this is undependable memory space. However, iPhone 6S covers lower range as well like 16GB as compared to the 32GB lowest available option. At high range and both phones have similar offers.

The cameras are another area the Nexus 6P beats the iPhone 6s Plus. Both the front and the rear camera of Nexus 6P have greater fun for the user. Front Camera is of 8MPs as compared to the iPhone’s 5MPs. Clearly selfies will be best captured with an 8MP front Cam of Nexus 6P. Same is the situation for the rear cameras as well. But at this side Huawei is weighing much more than the iPhone in the digital photography world. Although rear camera is built in Nexus 6P of 12.3 MP as compared to the 12MP camera of iPhone 6S, still the difference becomes more prominent with Huawei’s deep focus on the colors capturing quality even in the low light intensity. Snap captured with Nexus 6P are much more clear and vivid in presenting real color feel.

Nexus 6P has 3450 mAh battery against the meager 1715 mAh battery. However, it is claimed by Apple that iPhone 6S offers a day long battery. But it is found in a survey that iPhone 6S battery does last for a whole day but with mix usage that is in comparison to the Nexus, 6P battery life is really meager because Nexus 6P battery lasts for a whole day with a heavy usage of the phone. This indicates clear what should be the choice for the people who care for long battery hours of their smart phones.

Here Nexus takes one step more forward and provides the feature of fast charging in Nexus 6P and that is, no doubt, lacking in Apple’s new creation, iPhone 6S. Apart from that Nexus 6P is an ultimate power efficient phone with Android 6.0’s Doze. This feature keeps the battery usage in a controlled manner allowing more power saving for longer hours of wonderful experiences of Huawei Nexus 6P.

Huawei has introduced Nexus 6P for the class of luxury lovers and effluents who can spend more on high-quality technology devices. Furthermore, Nexus 6P is style symbol that creates a distinct mark in social circles of the people with esthetic tastes and superior choices of life standards. Huawei Nexus still is available at much lower cost than iPhone 6S, though the difference is not that considerable by few. Nexus 6P price is only 71,999 PCRs as compared to the iPhone 6S’ 74990. So when one compares both the smart phones by Huawei and Apple, one comes around that despite their more or less similar features, Huawei has clearly offered its consumers a way better choice in the market at a more attractive price.

A day with Careem – The car booking service in Pakistan