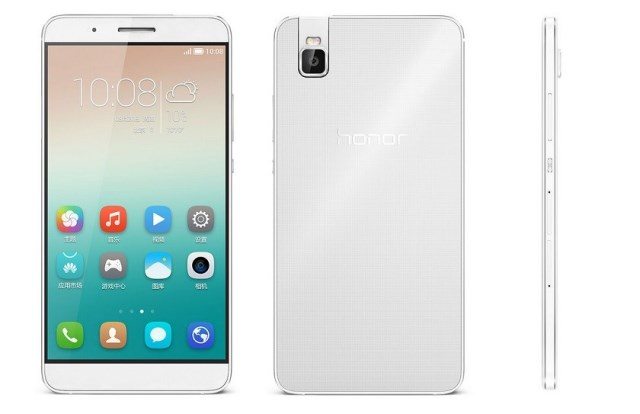 Huawei is a leading global technology master (brand) not only due to the long list of products and variety but it is the quality of innovative touch by Huawei in its products that are taking Huawei to the new heights of Global market success. Smart phone devices section is not the least in this regards. Only in the ending year of 2015, Huawei has come up with incredibly marvelous technology craftiness like Mate S, Huawei P8, Nexus 6P in collaboration with Google and Huawei Shot X. While comparing the Huawei smart phone technology with other brands’ products available in the market we found that Huawei is up to something really different and of course. Huawei Shot X is another exposure of Huawei’s determination to take lead on the competitors in the market. Shot X is crafted with high technology, best Designs, and attractive features to make it the best choice for youth. We put Huawei Shot X beside Samsung Galaxy A7 and we found it easy to choose our product after a little probe into the specs.

Huawei has designed its Shot X with the best blend of aesthetics and smooth looks. Huawei Shot X is a metal bodied smartphone with finely lined edges giving it a luster added with the craftiness of diamond style perfectness of creased edges. On the other hand, Samsung has also designed A7 with the aluminum metal body with honestly it looks almost same as Samsung other smartphones, at a first glance. Although apart from this both the smart phones sands equal in a slim body. Huawei Shot X has fingerprint security chip located on the left edge where usually smart keys use to be. This design makes it more convenient to unlock the ShotX as compare to the fingerprint scanner on the rear of the phone. Again it is a creative approach of Huawei to test a perfect spot for a fingerprint scanner. But in this regards Samsung A7 cannot stand in comparison with Huawei ShotX as former has no fingerprint security unlock feature at all.

Music is the life of young generation be it the light mood, joyous and moments of happiness on a hand or depressed, sad times on the other, music is always there. And for that youth prefer a smart phone that can serve at best the needs of playing music with perfect experience of sound. Keeping this in focus Huawei has placed two slots with a gauzed face on the bottom of Shot X. Music through these speakers produces the same effects as it produces through a music player. Even if you don’t have your hand-free at the moment you can play the music and put the Huawei Shot X upside down in your jeans pocket, music will be clear because there will be no obstacle against the speaker slots.

Anyhow Samsung A7 is a bit disadvantageous in this capacity as well. Because Samsung has designed the speaker at the rear of the phone just on the right side of the camera lens instead of placing it on the bottom.

Huawei ShortX has the best body-to-screen ratio, with 80% of the screen as compared to 20% body with speakers and keys on the front side. It is a comparatively large display to experience best of pictures and videos. The screen of ShortX is 5.2-inch, 1920 X 1280 full HD, IPS display with pixel density of 423ppi. However, on the display screen, Samsung A7 has a bit larger screen than ShortX. A7 has 5.5” Super AMOLED, full HD screen but with the slightly low resolution of 1080 x 1920 pixels. The pixel density, in turn, is 401ppi.

The Large screen of A7 is not comparable with Huawei Short X when resolution, pixel density, and color vibrancy is under focus. Huawei ShortX though a bit smaller but greatly enhances display experience for the consumer. So at the day end, it is the best quality in display than the best quantity of display size. Further, the difference of .3” in screen is negligible in this condition.

Operating System incorporated in Huawei ShortX is Android 5.1 Lollipop added with EMUI 3.1. In comparison to Samsung A7 Huawei did a great job by incorporating a better operating system in ShortX. It is also noted that due to updated OS Huawei ShortX provides its users smoother functioning and ease of operations.

Samsung A7 has the operating system of Android 4.4.4 that is a bit outdated as now even OS in Samsung other products are advanced for example Lollipop in Galaxy S4. No doubt Samsung A7 is new smart phone introduced in the market by Samsung but it has failed to provide it with a better or at least new operating system.

Storage is always a hot pursuit for smart phone customers. 13MP of camera that certainly provides you with the best quality of selfies and pictures and video clips to capture your memorable moments, and for that Huawei has provided with a 16GB inbuilt memory. Storage in ShortX is further expandable up to 128GB through MicroSD external memory. Whereas Samsung Galaxy A7 is quite similar with respect to the inbuilt memory with 16GB but the difference is that the expandable memory option through MicroSD is a limit in A7. Only up to 64 GB memory is supported by the A7. As per the primary memory, both the smart phones have equally 2GB RAM.

Clearly, Huawei ShortX is a choice with a better option of the expandable memory of 128GB. Subsequently, smart phone consumers with love of songs collection, selfies and video recording, internet surfing or video chatting anything that one can name is best experienced on ShortX. Because definitely, one would hate if he cannot download his media shared by a friend at WhatsApp just for the reason of low storage availability. Adding to this, what worse could be else if you are restricted to the limit of 64GB to extend your phone’s storage through external memory? So in a nut shell, Huawei ShortX is a real time best choice to avoid such situations.

The camera has especially focused on the manufacturing of Huawei ShotX. As described in the early lines Huawei has crafted it Shot X for young generation deeply in love with selfies and capturing moments of possibly each joyous as well as sad situation. Also, Huawei has gone in a nonconventional way of incorporating Camera in this marvelous phone. It has a single 13MPs, Sony BSI camera with dual tone color flash plus the rotatable angle of 180 so that a single rotatable Camera with 13MP resolution can be used for selfies as well as clicking snaps. Imagine 13MP camera for selfies and the angle options available for clicks.

However, Samsung A7 has the conventional design of camera spots, one rear Camera of 13MP resolutions (same as in Huawei ShotX) that is good for clicks and video but at the end of front Cam, Samsung A7 has fallen too short to stand beside ShortX. Front Camera of Samsung is of 5MPs that can be satisfactory for selfie lovers only in a case they already have purchased the Samsung A7. Otherwise, Huawei ShortX with 13MP selfie clicker is a real attraction, no doubt.

“Longer battery hours” is a general priority of Huawei while manufacturing its smart devices, especially the smart phones. Hence it has built a 3100mAh with the larger capacity of the storage battery in Huawei ShortX, subsequently, long hours of high technology device experience are available for the consumers. In a single charging, consumers can enjoy 25 hours of voice calling only, or 8 hours of online video chat and streaming. However, if we focus on photography and video capturing it will be 4 hours for local video capturing and 4 hours with photography while using the flash light.

Samsung A7 offers 2500mAh battery with maximum 17 hours of talk time, a way to less than ShortX. Similar small capacity hurdles internet surfing and online video chatting on Samsung A7. Grabbing Huawei ShortX will be a smart move to avoid low battery issues.

Guess what? Huawei offers you ShortX for just 35999 Rupees only, against the high price of Samsung A7 that is 42,999 Rupees. For a phone that is way far better with features, specification, Camera, Storage, Operating System and above all available in the least price, who can afford to look for another option?