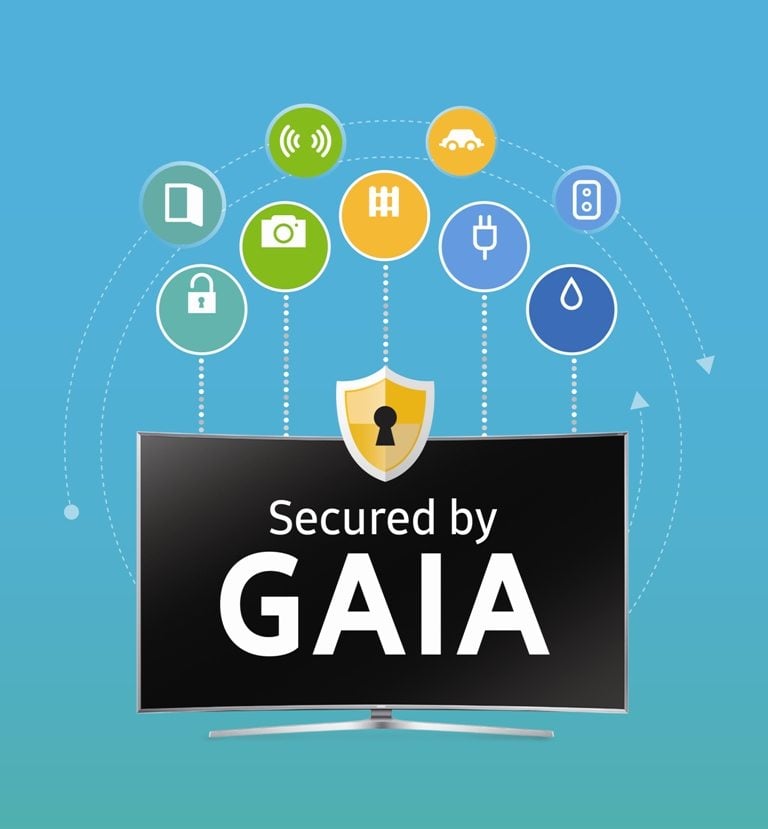 Samsung Electronics announces GAIA, a Powerful Smart TV Security Solution for 2016 and Beyond

Samsung Electronics Co., Ltd., today announced GAIA, a powerful and comprehensive three-layer security solution for its entire 2016 line up of Tizen-based Smart TVs. The service will give consumers protection across all areas of the Smart TV ecosystem, including services, software, and hardware security.

“Protecting consumers’ personal information is of the utmost importance to Samsung, both in terms of the company’s values and what’s needed for the continued growth and success of the IoT ecosystem,” said Hyun Suk Kim, President of Visual Display Business at Samsung Electronics. “GAIA is a security solution that will give Samsung customers security and peace of mind now and in the future.”

GAIA protects consumer’s personal data in three ways. Firstly it has Secure Zone, a virtual barrier that creates a secure space and protects the core service operations. A Secure Keypad/Number Pad – the virtual data input mechanism seen on a TV, is used to safeguard consumers’ personal information such as credit card and password.

Secondly, GAIA encrypts important data transmitted between the TV and IoT service servers. GAIA’s built-in anti-malware system detects and blocks any unauthorized programs that may be used for hacking from running or making changes to key part of the Smart TV’s OS.

Thirdly, Security level is also strengthened in terms of hardware. By dividing the Tizen OS into two parts including the main and the security space, data for each space is secured separately. Also, the public key used for verifying personal information is included in the hardware chip.

Samsung views 2016 as the year the TV will become the center for Internet of Things (IoT) extensions in the home. As well as being equipped with GAIA, all 2016 Samsung SUHD TVs will be IoT hub technology enabled, allowing the TV itself to act as the controller for the entire home IoT service.

Huawei has an Operating System Solution for IoT Technology