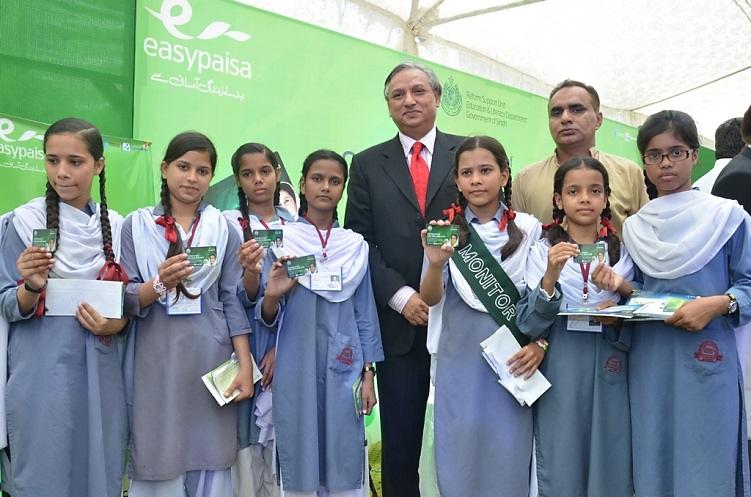 Easypaisa nominated for Global Mobile Award for the fourth times

Easypaisa has been nominated for the prestigious GSMA Global Mobile Awards – 2016 in the “Best Mobile Product or Service for Women in Emerging Markets” category.

The project that got this attention for Easypaisa is the work done with SERP (Sindh Education Reform Program). The Sindh Education Reform Program (SERP) program operates in 23 remote districts of the Sindh province with 430,000 students. With SERP, we are providing educational stipends to female students in grades 6 through 10. This World Bank sponsored program seeks to improve gender equity in education for girls belonging to the bottom-of-pyramid families in rural areas of Sindh.

SERP’s stipend disbursements are directly tied to enrollment and attendance, and students must ensure a certain level of attention to be eligible for this financial support: at least 80% attendance of classes. Easypaisa solved the cash access problem by giving out ATM cards in areas where ATM machines are accessible and enabling Easypaisa retailers to process the payments for areas where ATM machines are not present. These initiatives have greatly improved access to cash for women in such remote areas, with Easypaisa bringing instant, safe and convenient access to funds within their own communities which previously had no banking access.

Eradication of poverty and universal primary education are two of the primary goals of the Millennium Development Goals set forth by the UN, with a specific emphasis on women education in 2015. Easypaisa’s collaboration with SERP is actively addressing both of these goals for the women of Sindh.

Other Easypaisa projects on women empowerment include Merlin in Sindh with 41,000 beneficiaries, the Benazir Income Support Program (BISP) with over 1 million women in approximately 79 of the most inaccessible and rural districts, and the Maternity Newborn Child Health (MNCH) program with 100,000 beneficiaries in the KPK province.

“In merely six years of its operations, Easypaisa has become a source of pride for Pakistan by not only making formal financial services a reality for the people but also by earning praise and the great name of the country worldwide,” said Nadeem Hussain, Founder, President and CEO Tameer Microfinance Bank.

Expressing his delight at the nomination, Yahya Khan, Chief Financial Services Officer, Telenor Pakistan said, “It is an honor for us to be recognized by GSMA on the international level but our true achievement is the empowerment and sense of financial security we are bringing to the marginalized societies of Pakistan in general and women in particular.” “Easypaisa is progressing by leaps and we will work harder to maintain our stature with the nation’s pride and integrity,” he added.

This year, the Global Mobile Awards will be held on February 22-25, 2016 at the GSMA Mobile World Congress in Barcelona, Spain. The full list of nominees can be found at http://www.globalmobileawards.com/nominees2016/