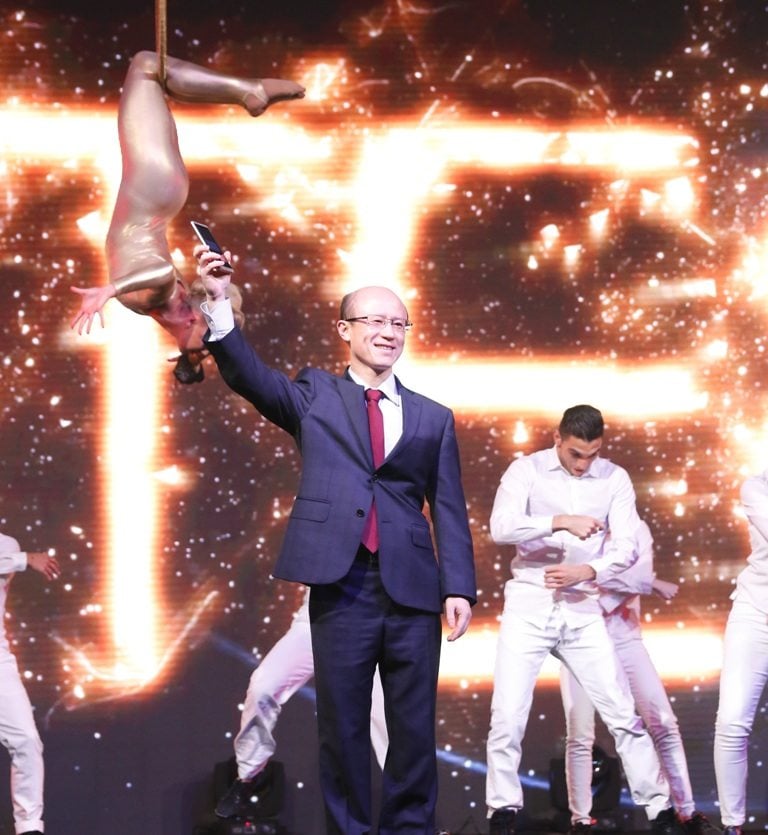 Recently, at a glamorous event in Dubai, Huawei has launched it is all new, best flagship smart phone Mate 8. The ceremony in Dubai has culminated the regional launch of this outstanding masterpiece of aestheticism; Huawei Mate 8. New flagship smart phone of Huawei has captured the attentions all across the technology markets with a robust shift in the perception of smart technology, taking it to a whole new level. Huawei Mate 8 regional launch was witnessed by the technological world stakeholders, regional and international media persons, high officials of Huawei, models and technology analysts.

The event was preceded by a presentation by high profile Huawei officials, an entertainment session in which best of Dubai’s artists and performers swayed the event with their glamorous and heart-throbbing performances. Amid High tech presentations Huawei’s President of Consumer BG –Mr. Gene Jiao appeared on the stage with glittering Huawei Mate 8 in his hand. Mr. Jiao at the launch of the new flagship smart phone said, “We are proudly presenting our new and best flagship smart phone, Huawei Mate 8, to our valued customers. We have designed this smart device with our best technical expertise and incorporated it with high specifications, features, and applications.”

He further said that Huawei has been focusing on the customers need as its immediate priority and customer satisfaction will always be the preference. Mr. Jiao also revealed Huawei’s robust growth in the last year, 2015 in the global markets. Pakistan market has boosted with a 15% increase in market share during the last year. Also, Pakistan stands among the top countries with respect to increased market share, after China (16.1%) and New Zealand (15.4%) respectively.

Moreover, it is worth mentioning here that Huawei is the 3rd largest technology giant in the world with an exceedingly accelerated pace of expansion in terms of market share, brand awareness, brand status, and consumer pools etc.

In the market of Pakistan, Huawei Mate 8 has announced to launch in a similarly glamorous launch ceremony on 30th of January 2016. The upcoming Huawei flagship smart phone in Pakistan is among the most awaited one. Even soon after the start of pre-booking of Mate 8, a huge positive response by the Pakistani consumer pool has been noted. One thing is for sure that Huawei is the only smart phone technology brand that is expecting considerable growth in 2016 as it has achieved outmatched milestones in the previous year as well. Huawei has planned to introduce exciting smart phones range this year. But, for now, eyes are on Huawei Mate 8 to reach the markets.

Easypaisa nominated for Global Mobile Award for the fourth times