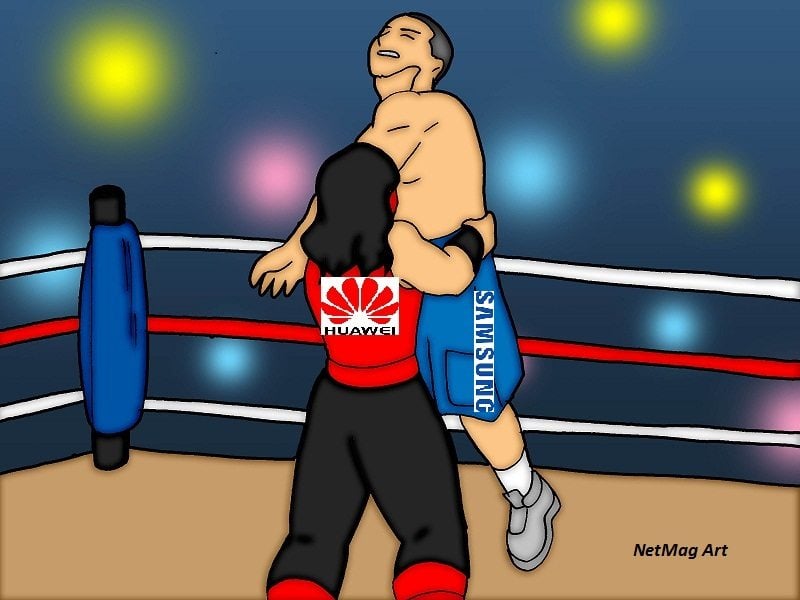 Huawei to Samsung with Powerful Choke-slam against Trade-in Offer

Hulk of the Technology world, Huawei, took Samsung Electronics Co. indeed aggressively on the Trade-In offer by the later. Huawei technologies while capturing the larger market shares in Pakistan over the last year is the only market threat to Samsung that equally has true potential to wipe off the Samsung brand. Only in the last year, Huawei has grown with the fastest pace of 15% in the Pakistani market. It also marked 2015 with Huawei best products like Mate S, for instance. Above all Huawei is the only technology manufacturer that has predicted positive business developments in 2016 as well, unlike the Stunt Master Samsung Electronics Co.

In December, last year, Huawei revealed that it is looking to achieve the target of 1-2 billion US dollars revenue per year within next 2-3 years. And that is only about the market here in Pakistan. Over 100 million smart phone unit shipped by Huawei last year is a vivid exposure of company’s capability and popularity among the consumer markets around the world. However, Samsung anticipating tough conditions in the current year just went mad and could not help it but with throwing a highly inappropriate (in fact, disgusting) smart phones exchange offer.

With the start of 2016 Huawei has announced its outstanding high-tech smart phone Mate 8 to be launched in Pakistan that will be, further, followed by a wide range of exciting Huawei smart technology products. Unlike Samsung and Apple, Huawei expects to grow the business remarkably positive. This has literally left Samsung in hot waters because Huawei is on its marks to take-over the title of 2nd largest global technology manufacturer in the world. Subsequently, in a pathetically hilarious attempt to counter the emerging technology giant Samsung has come up with an offer of the Trade-In option.

In the so-called Trade-in offer, Samsung is trying to pursue the consumers to exchange their smart phones against Galaxy S6 Edge and Galaxy Note 5 and that is not the all but also providing free Samsung Gear VR. This offer is marketed at the time when Huawei is about to launch all new flagship smart phone Huawei Mate 8. However, Samsung has underestimated the real time champ of the technology world. Because in just a few days Huawei Mate 8 pre-bookings crossed 500 orders and consumers are eagerly waiting to get this high technology product without any delay.

The awful situation is for Samsung as people are already crazy about Mate 8 and everywhere from brand outlets to the social media portals Huawei Mate 8 has been ruling with dignity. And it is not a result of any marketing stunt like Samsung tried, instead, it is the policies of Huawei to prefer customers’ need, serving the customers with best of technological innovations, relatively more affordable price and above all focusing robustly on research and development to create finest technology products.

Responding to Samsung’s Trade-in feat Huawei asked the shaky competitor to focus on the technology products and consumer satisfaction at heart. Technology giant Huawei also told the competitor to not to lose patience and avoid repeating laughable tactics to keep it alive in the market.

Huawei Mate 8 will be launched on 31st of January amid glamorous event in Karachi. Heartthrob celebs of entertainment fraternity, VIPs for the technology world, famous media persons, business and technology analysts and of course icons of the fashion industry will join the launch event alongside Huawei high profile officials and Brand Ambassadors. Rumors are there that the Technology Giant Huawei may invite the competitors as well to witness the glory of consumer response at the launch event.