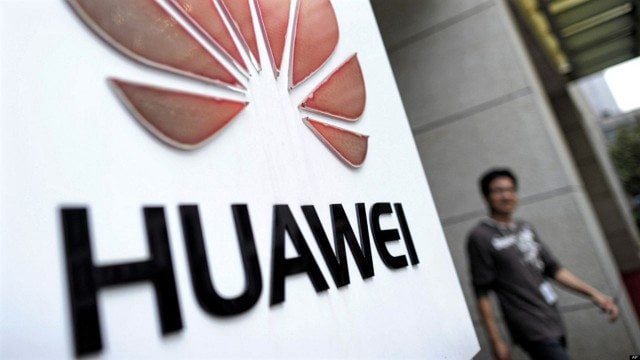 It is recently revealed that the Global Technology Giant, Huawei, has finally decided to enter into the enterprise world with a new identity; PC manufacturer. Huawei Technologies has so far earned remarkably good fame across the world for best of smart technological products. Recently in the Pakistani market, the Company has launched its all new flagship smart phablet, Huawei Mate 8, to which customer market responded incredibly well. Entry into PC market will certainly go to disturb the technology competitors, as Huawei is a name of high the quality products at comparatively best prices. The expected PC, to begin with, is Huawei “Notebook”.

Notebook, if it is the first laptop by Huawei, to begin with, PC manufacturing, will also accelerate the company’s case to the over take global technology competitor for the 2nd largest technology manufacturer title. Samsung and Apple must take it seriously because so far this is quite evident from the smart phones market growth that Huawei has some serious sort of guts and it can definitely go to disturb the PC market as well for the competitors with Notebook.

Furthermore, there are rumors that the Technology Champion is planning to work in collaboration with Intel Corporation for the chipset solution for Notebook. That will to an extent buttresses the idea that Huawei can gradually establish its strong footing in the Huawei MateBook world and for that, the smart move is to collaborate with the best chipset manufacturers. Although this would not be the whole story for Huawei PC sector, technology analysts predict, as Huawei has wonderfully succeeded in Smart phone chipset production and even Huawei is quite comfortable in developing more powerful chipset solutions, say Kirin 955.

Although it is also observed that the PC market has been in declining trend over the past year with only 71.9 million units shipped worldwide in the last quarter of 2015. Leading PC market leader Apple has to worry in this regard as soon reducing customer demand for the PC is going to be reinforced with Huawei PC manufacturing. Huawei Matebook is anticipated to be the high technology bearer with quality display relative better screen size and sound qualities, large storage volumes and, of course, comparatively best price. These are the norms associated with Huawei Technologies and if is true for Huawei PCF sections as well then there are a lot of factors to leave Apple in the tough situation.

Languishing customers demand Personal Computers is mainly due to the fluctuating currency rates affecting shipments, and largely due to least innovative approach by the PC manufacturers to fascinate the consumers. To the extent of currency fluctuation, it is a common factor for all the PC manufacturer of the global spectrum and hence Huawei has to just face the same. But the difference can be made when Huawei can stabilize an optimum balance in quality plus technology and price for its Huawei MateBook. A consistent pattern of growth and a chained demand fashion if establishes it will certainly do away with conventional hurdles.

However, on the part of the innovative idea, it is already witnessed in the smart phone sector that Huawei has a lot of new and innovative ideas to seize the markets effectively. In this regards Huawei’s ability to understand the customer’s demand and the mode of best utility are superior as well. Nevertheless, the impediments can be the distribution chains and an outlet for the Huawei PCs. Certainly, Huawei is to announce at least one tablet in the next month’s “Mobile World Congress” in Spain. So we can assume despite apparent difficult environment and factors in the PC world, Huawei is all set to invade the market and for that, it will be rather acceptable to the Technology Giant to face least profits in the initial phase.

Regardless of the market condition and consumer trend it is expected that Huawei will surely bring at least a change, as critics agree, that will rejuvenate the world of personal computers as well. Probably this will be the way how PC users going to experience the best technological exposure amid the highly competitive market.

Huawei is Providing Best Technology Solutions Around The World