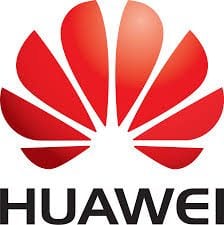 Huawei Matebook is Supremely Delicate and a High Tech Product

Huawei Notebook is designed with a combination of supremely elegant looks along with high technology playing all its cards, just perfectly. The Notebook is a 2 in 1 tablet-cum- laptop with built-in Windows 10.  Huawei has manufactured this high-quality device in a size of 12 inches along with a detachable keyboard, a decent ‘longer hours’ powerful battery, and the finest display, indeed.

Huawei Matebook has round shaped edges with a white glowing face that reflects its attractiveness at best.The Notebook, a thin tablet with the only 6.9mm thickness that is further coupled with a larger clearer display, gives the user a chance to enter an entirely new dimension.The 12-inch large screen is worth looking at, and for Matebook, it covers 84% of the device. The LCD of the device has 2160 x 1440 high resolution that makes it the perfect podium to display pictures and videos in a dazzling fashion.

Apart from this interesting display quality of the Notebook, Huawei claims it has an extensively larger battery capacity. According to Huawei, the battery in Matebook has a span of 9 hours for a video playback, whereas it goes up to 13 hours when used in a light mode. Also, Huawei Matebook supports both Windows 10 Home and Professional editions.
The fingerprint scanner is another cool feature that will be available in the Notebook. So that the users can unlock their smart devices easily in just two steps- feed the fingerprint in the first place and then use it to unlock the device. Fingerprint scanner works just like it does in Huawei Mate 8. It is strongly expected that Huawei Notebook will be appreciated by the Huawei brand lovers and it will be a giant leap by the technology manufacturer in its race to beat Apple in the world of Technology.

Probably Huawei’s First Laptop will be A Hybrid Matebook