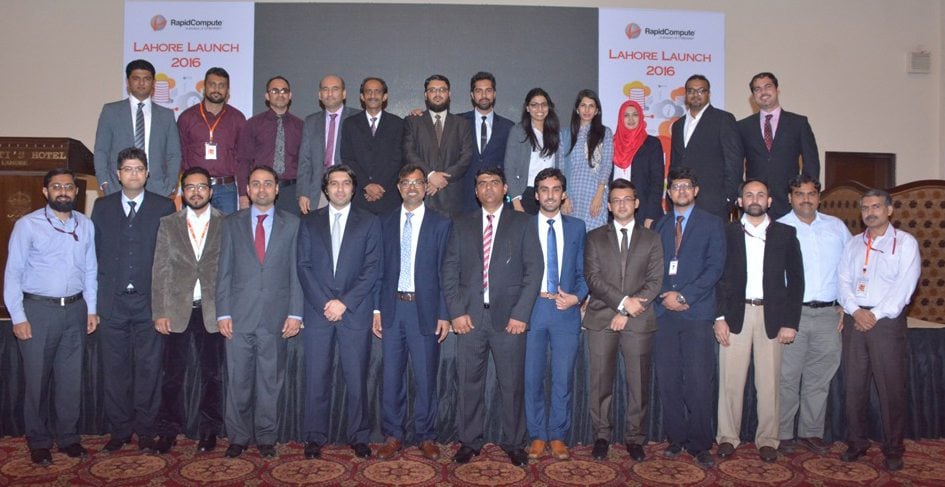 Rapid Compute, Pakistan’s leading cloud service provider has been growing from strength to strength, since its inception in 2012. It offers an Infrastructure-as-a-Service (IaaS) cloud platform that combines enterprise-class infrastructure with the expertise and support structure that is the hallmark of Cabernet’s product portfolio. Being able to successfully build two data centers in Karachi, the rapid computer has now gained a foothold in Lahore. By its firmness in Lahore, they hope to empower multiple industry verticals in the Punjab region including leading banks, manufacturing concerns, and service organizations.

The CEO Cybernet, Mr. Danish Lakhani, opened the event by speaking about how far RapidCompute has come and the progress they have made in the past year. He further claimed that “With Cloud Computing in Pakistan, I believe it is now a matter of ‘not if but when’.  We have seen notable Pakistani companies gradually make the shift to the Cloud. Customers expect 100 percent uptime and reliability, and that is something RapidCompute has been able to offer consistently. Our data centers are built with long-term vision and focus on quality, reliability, efficiency and customer satisfaction”.

Mr. Zeeshan Ali, General Manager IT at National Foods, Mr. Sajjad Ghani, Chairman of PITB, and Mr. Zaeem Arshad, Division Head RapidCompute were part of the Cloud Conversations panel. They discussed the progress in cloud computing and how more organizations are adapting to the global trend of moving their data to the Cloud. They also took questions from the audience making the event interactive.

Mr. Zaeem Arshad also spoke about RapidComputes vision for the future by expressing an even greater expansion in the business and in more companies joining the Cloud Community. Moreover, the management will soon be looking to spread out even further by launching their next data center in Islamabad.

The Positive Effect of Historical Preservation on Infrastructure