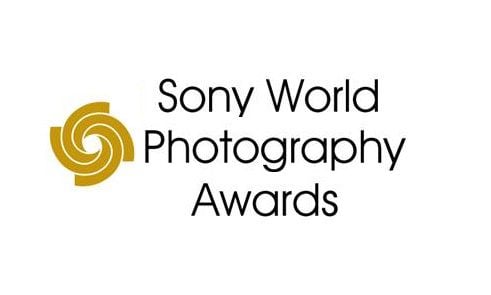 Pakistan, 23 February 2016: Three young Pakistani photographers are today named on the shortlist of the world’s biggest photography competition, the Sony World Photography Awards. Each was recognised in the awards’ Youth competition for photographers aged 19 and under. Entries to the awards from Pakistan were up over 137% on 2015 and the photographers were selected from a record-breaking 230,103 entries from 186 countries to secure their place on the shortlist. The total number of entries received by the Sony World Photography Awards since its launch in 2007 has now surpassed 1 million images, reinforcing the awards’ position as one of the most respected and influential photography competitions in the world.

Selected by an expert panel of judges (full list here) the shortlisted photographers are:

–  Kumail Rizvi in the Youth, Environment category for an aerial image called “Human-made environment” showing a car park in Malaysia from the sky. 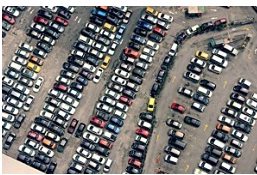 –  Shahzad Khan in the Youth, Portraits category for “Awal Gul”, a stunning close-up photograph of a child taken by Khan in a slum on the outskirts of Islamabad.

–  Zohaib Tariq in the Youth Culture category for his image titled “Pakistan”, showing local farmers at work. Based in Islamabad Tariq is a keen sportsman and currently studying at HITEC University Taxila 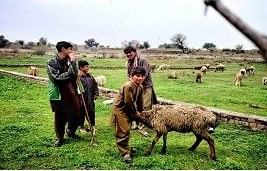 The shortlisted photographers are now competing to win their category and the Youth Photographer of the Year titles and the latest Sony camera equipment, the winners will be announced at a Gala Ceremony in London 21st April. The photographers will also have their work shown in London as part of the 2016 Sony World Photography Awards exhibition in April and May and be published in the 2016 edition of the Sony World Photography Awards book. The Sony World Photography Awards rewards and recognises the world’s best contemporary photography from the last year. Attracting photographers of all abilities, the awards incorporate four competitions: Professional; Open; Youth and Student. More information about the awards can be found at www.worldphoto.org Speaking about all the photographers who have been shortlisted this year Scott Gray, CEO of the World Photography Organisation and organiser of the awards said: “We are extremely pleased with our jurors’ choices this year. Despite the increase in the number of photographers, and the amount of imagery that required judging, this year above all others we have witnessed a wealth of powerful imagery in the traditionally strong social documentary categories as well as the art and conceptual work. It is wonderful for the medium that it can offer such rich diversity.”

Mobicash to offer Mobile Accounts to subscribers of all mobile networks