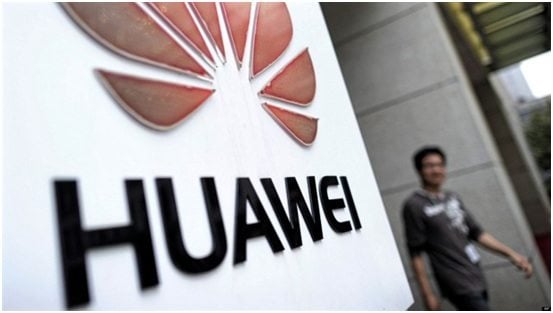 Huawei has become the most celebrated brand in terms of customer priority, superior quality products, ever-enlarging consumer pools and most importantly in terms of revenue generating. Definitely, all this indicates the greater sales of Huawei products, most trusted services of Huawei and the confidence that Huawei has successfully attained in the national and international markets. Adding to this is the purely gentle and realistic marketing tactics Huawei has adopted where it has not only highlighted the products but equally concentrated to the larger benefits of the customers.

According to the recently revealed reports on the last year’s revenue Huawei has demonstrated overwhelmingly outstanding performance and even it stands out among the world top brands, beating them far behind in the growth rate. The report shows that Huawei has reaped a 37% increase in the year on year basis revenue generation. That is 395 billion in local currency or $60 billion. Only CNY 36.9 billion among this was the net profit for Huawei, which is again 33% more than the previous year.

Huawei’s all the three business groups can be listed according to the growth pattern as; Huawei Carrier group witnessed a 21% enhanced revenue generation as compared to the year of 2014 i.e. CNY 232.3 billion, Huawei’s Enterprise Business Group stands second in the queue  with CNY 27.6 billion that is 44% increase YoY (wide growth noticed in public safety, finance, transport, and energy sectors.), and at last and the most important growth rate noted was from the Huawei Consumer Business Group with a 73% straight increase.

The Huawei Consumer Business group has put forward the huge revenue of $19.9 billion, which is incredibly higher for any brand with a short history of being in the market. Huawei has succeeded in performing better than the once great names of the technology world like Nokia, Ericsson, and Cisco.

MD for Huawei Devices Pakistan –Mr. Shawn said, “Huawei has always been on a long-term strategy to invade the market with rather better products and services, unlike another technology brand. What we have achieved year after year is a clear depiction of the fact that Huawei is not a technology brand only, but it is actually a consumer’s brand with all its concentrations towards innovative technology products and the superior customer satisfaction standards.”

Mr. Shawn also said that for the next 3 to 5 years, Huawei has planned to particularly focus on enhancing connectivity alongside concentrating on the development of vertical businesses (industries) and redefining the networking capabilities. He also mentioned that all the business groups of Huawei have a highly integrated, coherent and progressive policies designed to achieve the ultimate goal with an utmost commitment to success.

As compared to the Huawei growth Ericsson announced a mere increase of 8% in its revenue with only $30 billion. Nokia came up with $14.24 billion, a 6% increment as compared to 2014. And the Cisco could only reap 4.3% growth year on year basis. This has been noted while probing the YoY growth of technology icons that the sustained pattern of positive growth by Huawei is majorly due to its heavy investment in R&D that makes it most advanced and the most superior in the world of technological innovations and subsequently it grows faster and with stability.