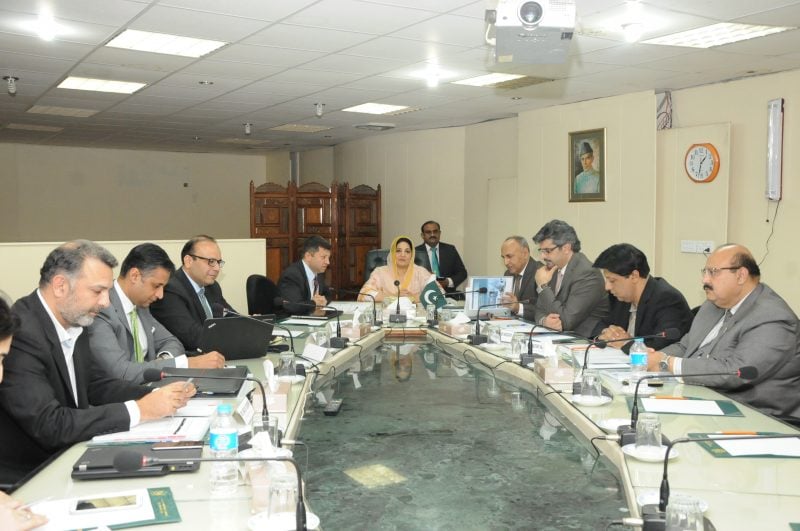 Minister of State for IT and Telecom Chaired 44th Board of Director’s Meeting of USF Co.

Universal Service Fund Company (USF Co) 44th Board of Directors Meeting was convened on Thursday, April 28th, 2016 in the Ministry of Information Technology and Telecom, Islamabad.

The Chairperson, Board of Directors, USF Co and the Minister of State for IT & Telecom; Mrs. Anusha Rahman chaired the meeting in which an overview of the company’s two years plan along with the main efforts and development of telecommunication services in un-served and under-served areas throughout the length and breadth of the country by USF were taken into the view.

The Board of Directors took into consideration the project for the provision of Information and Communication Technologies (ICTs) for Basic Education Community Schools. The Minister of State for IT & Telecom specifically advised the USF Management to give prime importance to the affordability and accessibility when it comes to the provision of telecommunication services to the people of unserved and under-served areas.

Minister also directed USF’s Management to have a study done and present on alternative strategies for broadband coverage going forward. The management was asked to propose options for improvement of the process to enable optimal infrastructure sharing on USF deployed project both on coverage and fiber program.