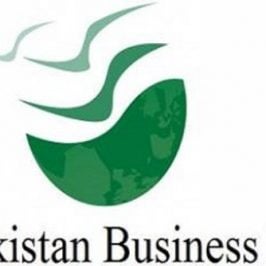 The ‘All Pakistan Business Forum’ (APBF) has hailed the regional development initiative of China, which also includes the China-Pakistan Economic Corridor (CPEC) project. This large-scale initiative will effectively serve the long-term economic interests of several countries in the region, including Pakistan.

APBF has applauded the recent statement given by the Chinese President – Mr. Xi Jinping, while he was addressing the members of the ‘Communist Party of China’ (CPC). Mr. Xi has expressed China’s commitment to accelerate economic growth of the whole region, through the development of a 21st century Maritime Silk Road, encompassing a modern trade and infrastructure network, along the ancient ‘Economic Belt’, which connects Asia with Europe and Africa to cover about 4.4 billion people in more than 60 countries.

Mr. Xi further stated that; “China’s ‘One-Belt Initiative’ will serve the long-term economic interests of China, besides giving more consideration to the interests of other countries too. He urged the Chinese enterprises operating in foreign countries to enrich their reputations as law-abiding and responsible entities, while they strive for faster business progress.

The President of APBF – Mr. Ibrahim Qureshi said that; “We appreciate China’s robust investment plans and Trans-national initiative for boosting cross-border trade activities. This pioneering venture, inclusive of the CPEC project, promises to bring great enrichments to the legendary trade-route that has historically nurtured political, cultural and business relations all over the region. It inspires new possibilities to set up industrial sites and energy projects, along with this new rail and roads network, especially in the economically deprived areas”.

The success of this initiative relies on stronger collaboration of business communities across the borders. APBF will bring in all its resources and abilities to engage vital organizations and entrepreneurs in the region, to create robust links, new opportunities and mutual benefits. The All Pakistan Business Forum (APBF) is a vibrant business association which promotes and protects the interests of the business community and industries in Pakistan. It also advises the government on; policy formulation, regulatory realignments, economic reforms and implementation.