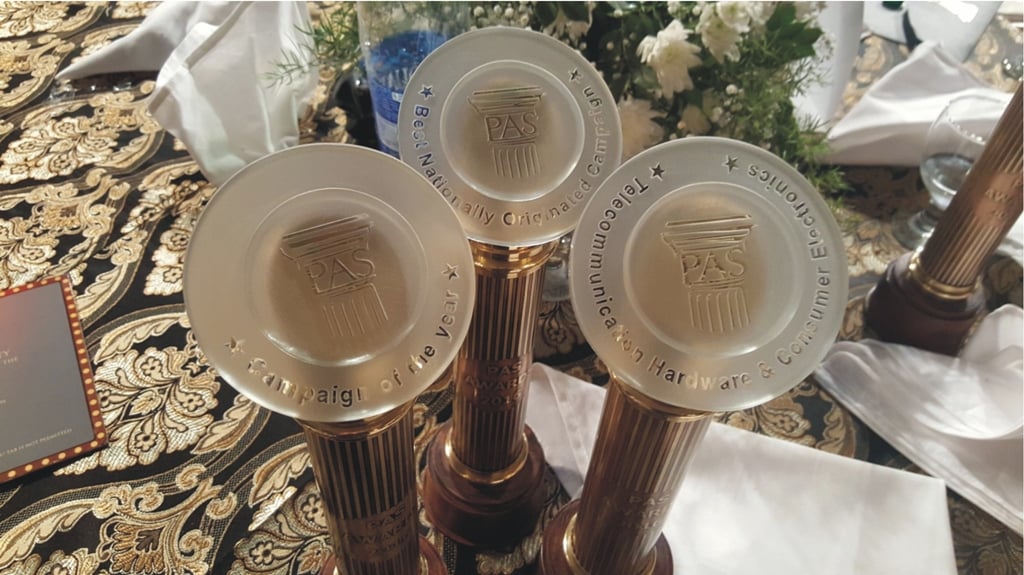 Samsung Electronics Co., Ltd., announced today that… In a night full of excitement, filled with the presence of eminent members of the marketing and advertising society, and graced by the Federal Minister for Information and Broadcasting, Parvez Rashid, Samsung Pakistan shone the brightest. Leading from the front, Samsung and its advertising partners in Pakistan, Adcom Leo Burnett, won three awards at the 6th annual Pakistan Advertising Society (PAS) Awards including the most coveted trophy of “Campaign of the Year”.

PAS Awards is the only award platform for advertising in Pakistan, and these awards are rightfully considered to be the highest acknowledgement of marketing and advertising excellence in the country. Samsung was one of the big winners of the night, acknowledged for its “Selfies ban jaye Grandfies” campaign for its Galaxy Grand Prime smartphone. It not only won the category award for “Best in Telecommunication, Hardware and Consumer Electronics” but took home the most prestigious “Best Nationally Originated Campaign” and “Campaign of the Year” trophies, two awards which recognize the best work in the entire industry.

Since its launch in the country, Samsung has been working towards bringing the best of global innovation and technology to the people of Pakistan. Echoing these sentiments, Samsung’s Vice President in Pakistan, Mr. JH Lee expressed his appreciation of this honor. He stated that, “Samsung was recently named the most creative marketer and these awards are just an extension of our commitment for combining creativity with technology to win people’s hearts across the world.”

Huawei One of First to Support Daydream Google’s Platform

Get to know the people behind the wheel UBER Market