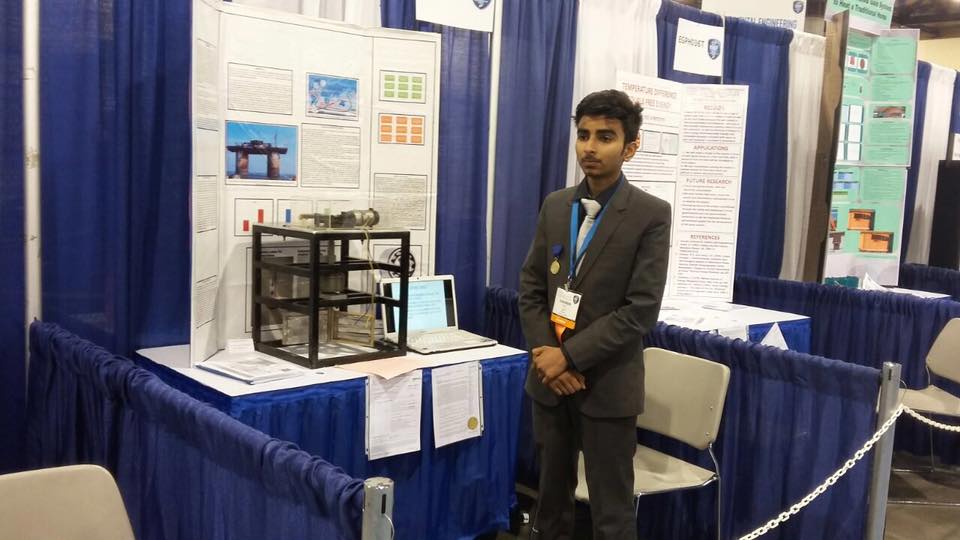 15 years old Shahmir Khan Niazi, a student of Beaconhouse School System, Lahore won the fourth prize for his project- A New Spin on Renewable Energy in the Physics: Energy category at the Intel ISEF 2016 held in Phoenix, Arizona, USA this year.

The Intel International Science and Engineering Fair, a program of Society for Science & the Public, is the world’s largest pre-college science fair competition. Each year, more than 6 million young scientists from around the world vie to attend and 1,600 are selected as finalists to share ideas, showcase cutting edge ideas and compete for over USD 4 million in awards and scholarships.

The principle behind Shahmir’s project is to combine the eco-friendly system of a wind turbine or any turbine and use it to utilize the most reliable renewable source of energy, ocean currents. Attaching the turbine on the ocean floor is expensive and difficult to maintain so the project plan designs an oil rig system which instead of having a drill has a turbine attached to a shaft which is lowered into the ocean to generate electricity. A shaft is stabilized using ball barring generators which are designed to work seamlessly with the whole structure. Tapping into these ocean currents mean that mankind can quite possibly lay the foundation for the green future we all dream of.