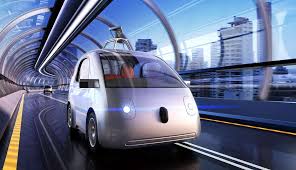 The Cars of Future – After Google The First Company in California

The Cars of Future – After Google The First Company in California

Gone are the days when self-driven cars sounded like futuristic fantasy. After Google, the first company to introduce driverless cars in California, car manufacturers such as Tesla, BMW, and Mercedes are also looking into incorporating the self-driving features in their cars. An autonomous or self-driven car, in simple words, is a vehicle that uses technology to operate with little or zero human assistance.

Autonomous cars are divided into two sub-categories: semi-autonomous cars provide brake and parking assistance. Using the sensory motion detectors, these cars can push emergency brakes in case of a possible collision, or set off alarms when the car is in the dangerously close range of another vehicle to alert the driver. Fully autonomous vehicles are further divided into user-operated and driverless cars and require minimal human assistance to evaluate the entire range of on-road scenarios.

The major reason why these self-driven cars seem to have gained popularity among stakeholders and consumers alike is their promising road safety features. These cars use technologies such as Radar, GPS, Lidar, and Odometry (using data from motion sensors to estimate the change in position) to gauge their surroundings, identify navigation paths, and sense movement around them and act on their own as per this input. Vehicles with control systems are capable of sensing so much so as obstacles and relevant signage. These cars run on rechargeable batteries, which make them environment-friendly as well by cutting off the fuel requirement. Market research suggests that there will be at least 10 million cars on roads with self-driving features when the forecast period ends.

Despite the popularity of the concept, there is still a lot of improvement needed to mass produce these cars and make them work perfectly on current infrastructures, especially in countries like Pakistan. In states like America where road infrastructure is a considerably more advanced compared to third world countries, these cars still need plenty of test and trial runs to perfect the ride. In countries like ours, not only the infrastructure is incompatible for self-driven vehicles, but the defiance of traffic rules by the general public and shabby condition of roads are also huge impediments. And since these cars will operate on rechargeable batteries, electricity shortage is going to be a problem as well.

Keeping aforementioned challenges in mind, the first thing required in order to make autonomous cars compatible in Pakistan is to overcome electricity shortage and invest in improving the infrastructure. We have rather ill-planned road infrastructure for the present heavy traffic influx. According to a report published in an English daily, the number of motor-vehicles in Lahore alone has increased up to 20 times since 1980. Punjab government seems to be taking the issue seriously and is developing underpasses and overhead bridges to counter the problem, but it is still a long way to go.

Next step shall be a strict countrywide implementation of traffic rules to avoid deliberate mistakes causing deadly accidents. It is going be a difficult task to undertake because even in urban areas a significant portion of traffic influx comprises of traditional vehicles -in addition to motor-vehicles- such as Qingqi rickshaws, auto rickshaws, and donkey and horse carts. These traditional vehicles are the least obedient of traffic rules and most difficult to control. Proper and extensive planning will be required to tackle these issues. However, these are manageable issues that require diligence and persistence from government authorities. As per market research was done by Carmudi Pakistan, there may be a few user-operated autonomous cars seen in Pakistan in near future, but fully autonomous cars seem like a futuristic thing for us unless the challenges are met well in time.