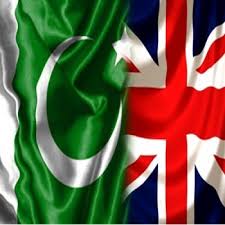 The Lahore office of British Business Centre was inaugurated at the Netsol Technologies Limited head office on other day.

The office will be functional from the 15th of July. Chairman and CEO NetSol Technologies Salim Ullah Ghauri CEO is also a director on the Board of the British Business Centre. He was generous to offer space to members of the business centre to facilitate the day to day running in the Punjab province. Waqar Ullah will be the senior international trade advisor for the region. It was inaugurated by the Deputy High Commissioner and UK Trade Champion John A. Tucknott MBE.

The first British Business Centre has been launched in Karachi today, at its new home at the British Deputy High Commission. The centre will work with UK Trade and Investment to help UK and Pakistani companies develop and build business links and opportunities, to help increase trade between the two countries.

The opening of the British Business Centre will significantly increase the support available to UK and Pakistani companies. In addition to providing a base for visiting UK companies, the Centre will offer UK and Pakistani member companies’ access to a growing number of services including market research, business opportunity promotion, event management, networking opportunities and bespoke professional and sector specific services.

Malahat Awan will be the new Chief Executive Officer of the British Business Centre. Ms Awan brings with her over 20 years of management experience working in organizations such as the Asian Development Bank, UNDP, British Council and the British High Commission.

“The United Kingdom and Pakistan already enjoy a strong relationship. The British Business Centre will help deepen that relationship in the key area of prosperity. Its goal is to contribute to an increase in bilateral trade and investment, in line with the commitments given by Prime Ministers David Cameron and Nawaz Sharif when they met in London in April 2014.This is a great opportunity for UK companies to use this base to expand their business operations in Pakistan and vice versa.”

“I am delighted to have the opportunity to lead and shape an organization that will play a vital long-term role in helping increase the trade between the UK and Pakistan. The British Business Centre will give UK and Pakistani companies a cost-effective, in-country physical resource to facilitate faster access to the information and expertise necessary to achieve business success in Pakistan and the UK. The Centre’s team looks forward to working with UK and Pakistani companies seeking new opportunities to grow their businesses. I would also like to take the opportunity to thank Mr. Salimullah Ghauri for extending his support to the organization.”

“I am delighted to become part of the British Business Centre and strongly believe that opening up of the Centre in Lahore after Karachi will boost trading activities between the UK and Pakistan. The British Business Centre Lahore will be a catalyst to promote a faster access to the information and expertise necessary to achieve business success in Pakistan and the UK. NetSol Technologies will facilitate those approaching the Centre to explore business activities in UK. I would also like to appreciate the British Deputy High Commissioner and UK Trade Champion, John A. Tucknott MBE for choosing NetSol Technologies to run the activities of the Centre.”