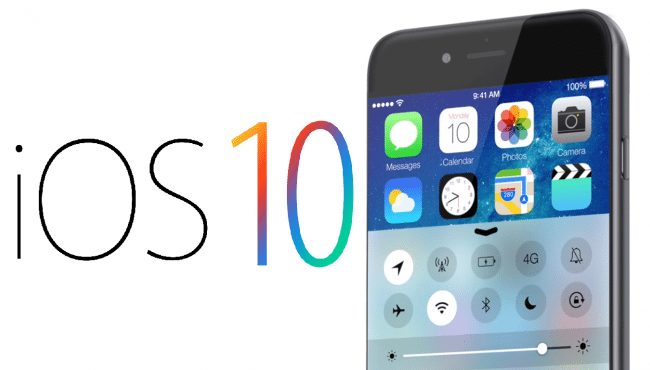 Apple has unveiled the latest iteration of its mobile operating system, iOS 10 at WWDC
in San francisco,describing iOS 10 as its “the biggest iOS release ever,”.At WWDC
Apple focused on 10 major features of the new operating system.Some of the main
features that we feel will be the most useful are.
MESSAGES
In iOS 10 people will be able to write messages in their own hand­writing, change the
appearance of the message bubbles,add up some fun animations,plus send quicker
replies with “tapback” response!
Emoji’s will get 3 times bigger in size,and you will be able to slap some virtuals stickers
all over your message threads.
LOCK­SCREEN REDESIGNED IN THE BEST WAY
Apple unveiled the “Raise to Wake” feature, which makes the iPhone light up, and go to
the Home screen, when you just lift it up.There are 3D touch shortcuts that let you
resond to your notifications without actually leaving the lock screen.Not just
notifications,but also reply to messages,accept invitations or just stay in the message
thread.And the best part is ,that just by one 3D touch press you can empty your
notifications stack up.How cool is that?
QUICKTYPE
QuickType is a pretty handy and a genuine time­saver.Apple is “bringing Siri
intelligence to the keyboard”.Making use of artificial intelligence and context cues
offering more suitable and relevant suggestions when typing.There will be support for
multilingual typing meaningnot in just one language or another, but in a blend of the two.
You won’t have to switch keyboards to do this. Plus it is going to become more efficient
at bringing in data from other apps and offering it as part of our responses.
APPLE MUSIC
All of us predicted this and it’s good to see apple working on this! It’s new design is less
complex and more fun­type.you will be able to view lyrics of whichever song you will be
playing,plus your music will keep playing in the background when you will open up the
camera to snap some photos! Looks like apple is playing genie in the bottle and
granting all our wishes!
SPEECH­ TO ­TEXT
iOS 10 will convert speech into text so you can glance through a voicemail without
having to actually listen to it,saving enormous amount of time. But we will have to see it
in flesh if it is accurate enough.But hey if it works it will be a major transformation in the
technology world! Fingers crossed till it comes out!.

PTA to Block Illegal, Smuggled and Stolen Phones by introducing its new plan.