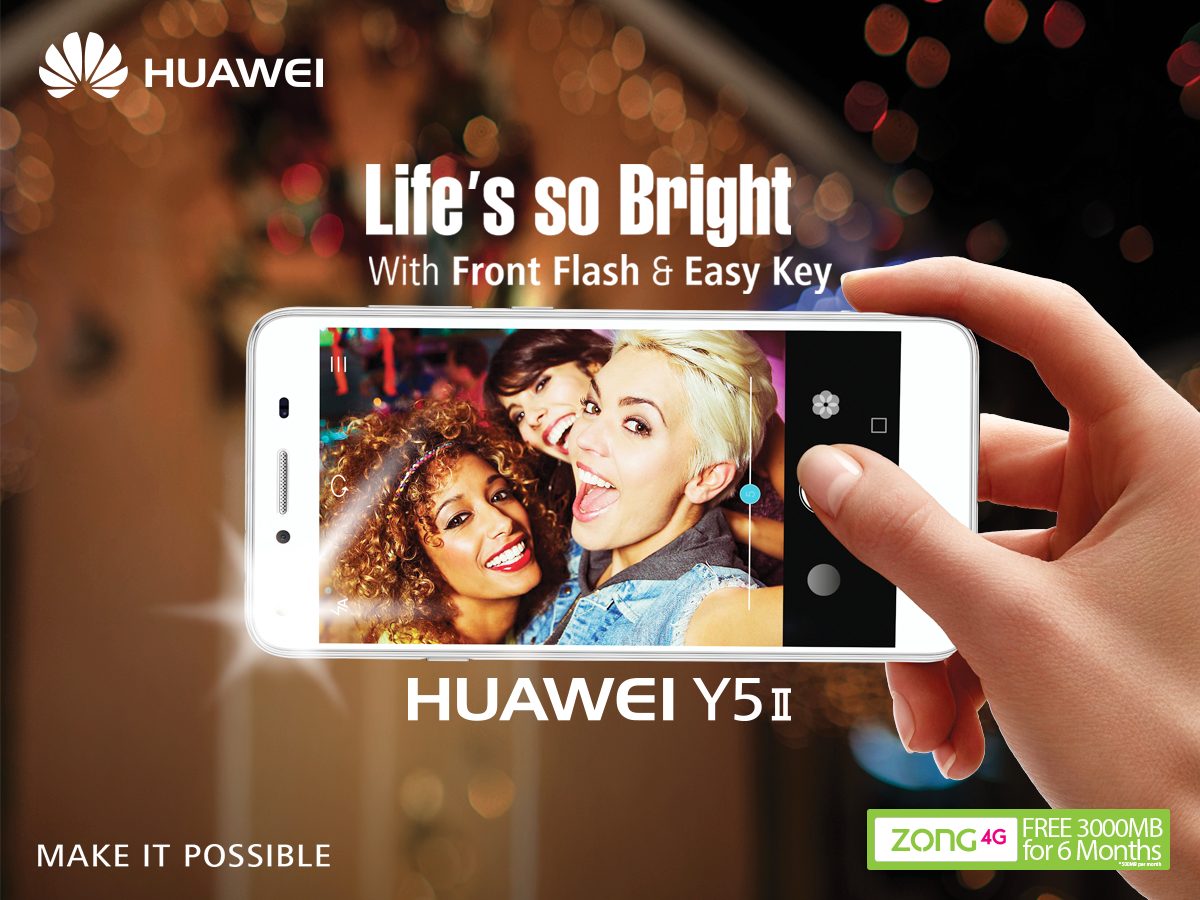 Huawei Offers Y5 II to the Customers in Pakistan

Huawei’s latest smartphone, the Y5-II,  is being launched in Pakistan. Huawei Y5 II is the high-tech smart phone and its launch just created a wave of unprecedented excitement among the Huawei Brand lovers. Huawei has a tradition of offering the best of technological products with consistent regularity as recently launched flagship smart phablets; Huawei P9 plus, P9 lite, Honor 5X, Mate 8 etc., marked splendid impression of Huawei on the consumer market. Similarly, Huawei Y5 II has been acclaimed to be among the best products by the company with a lustrous metallic body and faster processing.

Huawei has fitted 5.0” larger HD display (LCD) in Huawei Y5 II to complement its commitment with the brand lovers. It is obvious that with a screen of 5.0” snap shots and video watching will truly a fun as compared to smaller displays. Huawei Y5 II also offers a faster operational capability, making the technology lovers convenient while using the smart phone of their best choice. Huawei Y5 II has incorporated 1GB RAM and 8GB larger internal storage options for the customers.

Another appealing feature in Huawei Y5 II is the Easy keys that are designed perfectly in a manner of user friendly operation. The easy keys or the smart keys have three options of operations along with a range of shortcuts that can be set for different applications or functions. For example the user can set a shortcut for the dual flash torch or for recording a best moment around him with just a single press of the easy key. In Huawei Y5 II easy key operations have been designed in a single step, avoiding multiple set of operations, hence increasing convenience for the customers.

The speculated camera specs of this latest Huawei handset at an 8MP back camera supported by dual LED flash and the F2.0 aperture creates photos of that look professional. The 2MP front-facing snapper designed specifically to click selfies will also be augmented with front LED flash.

Moreover, Huawei Y5 II is available with a 6 month free internet of almost 3000MB by Zong 4G internet. Consumers are welcomed by the superior quality technology manufacturer, Huawei, to enjoy the Y 5 II with full enthusiasm, more likely the way they had waited for Y5 II. Huawei has kept dire concentration while designing its products so that they must be according to the consumers’ need. And after an overwhelming response for previously launched smart phones Huawei is determined to get Y 5 II, too, as a best choice for its brand loyal customers.

With the consecutive, one after the other launches and the introduction of smart phones in the market, Huawei has become one of the biggest smart phone manufacturers in the world. In Pakistan only, within the last year, Huawei has grown with a massive hike of 15% in the growth rate. Huawei has strongly captured the markets and no doubt with the launch of Y5 II it is booming further reaching the status of ultimate smart technology master in Pakistan.

Huawei Y5 II is available in White, Black and Golden colors for the customers, against comparatively a best price of only Rs. 13,499 /-.

Inside Story : Huawei to launch its own OS soon.