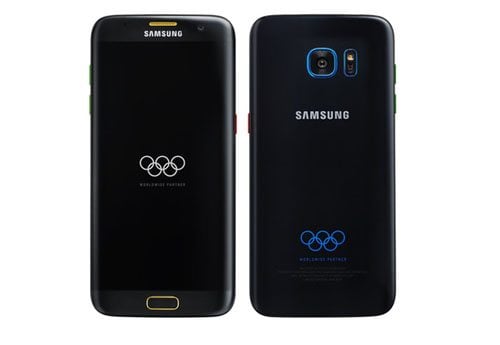 There are rumours floating around that Samsung, the sponsor partner of the
upcoming 2016 Olympics,might come up with a premium edition of Galaxy S7 edge
for the 2016 Rio Olympics.A newly leaked photo from Evan Blass shows that the
new phone is sleek,all black with red and green buttons on the side,gold trim
around the home button and blue trimming around the camera and flash on the
Back,with a blue Olympic logo spotted at the back,toward the bottom.But Samsung
has not yet commented on whether the news is accurate or just some other made up story.

FACEBOOK’S BEGINNING TO BEING A VIDEO -­FIRST DESTINATION