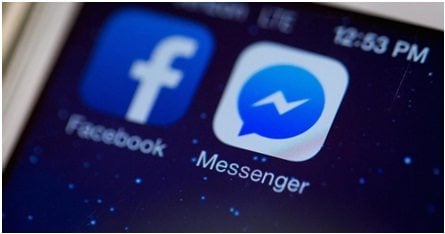 Facebook is finally introducing a way to “secretly” send messages that self destruct. The
service is built on the Signal protocol by Open Whisper Systems, which is widely used
by messaging apps, said cyber security expert Professor Alan Woodward from Surrey
University. The social media giant announced on its newsroom blog that the
service will not be available to all of its 900 million monthly users altogether,the
feature will be introduced on a “limited test basis”, but Facebook added it would
become more widely available over the summer.The messages can become
hidden after some time,if the user wishes to.Senders must choose one device to
use the “secret message service”,as messages being sent will be stored on that
device.Messages sent will be encrypted.meaning they can only be read by the
sender and the other person,not even facebook will be able to see those
messages.
Facebook users will have the option to flag those messages to be
disappeared.But it is up to the users to start a secret conversation or not.Plus r ich
content is not supported, like GIFs, videos or payments ­ though this could change in
the future.
To activate the service,you choose the device and start the conversation,select
contact,click on the new secret conversation option,and set the ‘self­destruct’ time of the
message.You’re now ready to send the message.