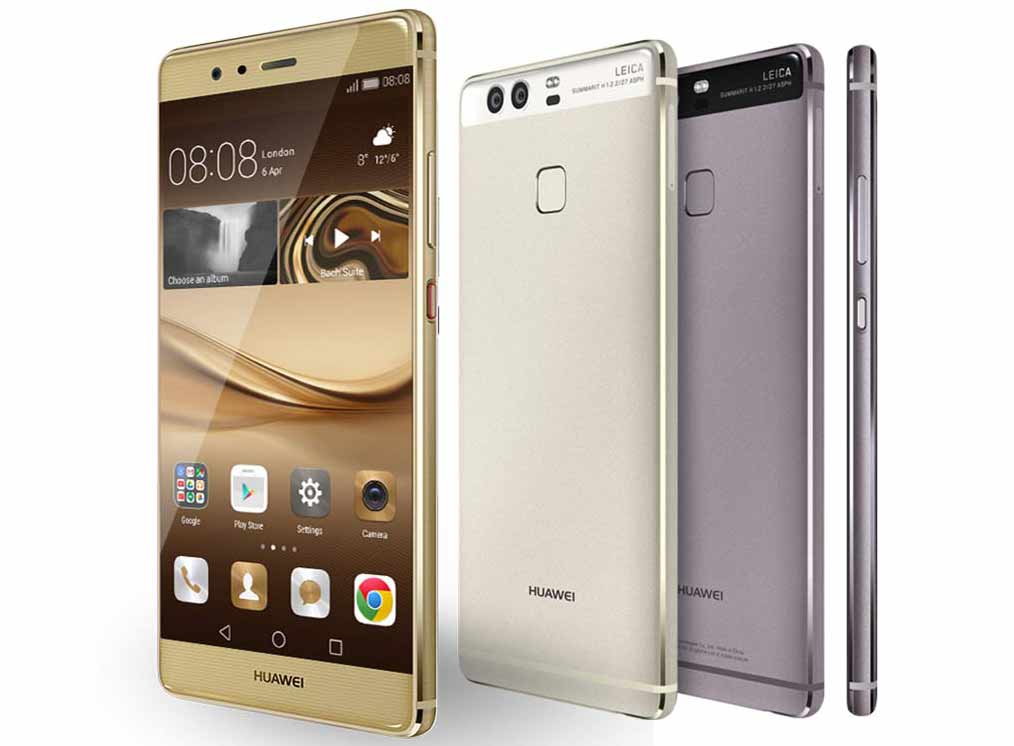 Huawei P9 & P9 Plus Are the best Versions of P Series

Huawei P9 and P9 Plus are the latest flagship smart phone versions recently launched by the Huawei in Pakistan. Huawei’s new P9 series has readily become highly sought-after smart-devices for the Android users. Both the devices have a few distinct features making them more attractive while offering an open choice for the consumers among the high tech smart devices. These features include; the display Screen size and resolution, the RAM, the Batteries, and the force-touch feature in the P9 Plus device.The P9 is a smart handset with a 5.2 inch screen, while the P9 Plus is a larger Phablet with a 5.5 inch display. Each of these flagship products supports a similar material design and both are built with precision-engineered aluminum with a good selection of color options.

The display screens on both devices have the same resolution, i.e. 1920×1080. However, due to the same resolution fitting into two different sized displays, the smaller 5.2” display in P9 is actually a bit crisper at 423ppi Versus the 401ppi of the P9 Plus. The large screen display of Huawei P9 Plus has a graceful expression of large images and exciting video watching experience.

Huawei P9 Plus has an AMOLED screen that offers more vibrant colors and classically smooth display. Secondly, the P9 Plus has Press-Touch display, which can sense two different levels of pressure. It not only reacts to; how long you press down, but also sense the strength of that press. So, you can zoom in on a picture by simply pressing down hard on the screen and access a couple of shortcuts by doing the same thing on certain app icons. On the contrary Huawei P9 does not provide with the force touch feature by the Tech-Giant, Huawei.

The Huawei P9 has been launched with 32GB storage capacity, while the P9 Plus only comes in a 64GB model. Both devices can take MicroSD cards up to 128GB, so there’s more than enough storage to go around. And again here the Huawei brand lovers with an attraction of music, videos and selfies can enjoy a mammoth storage space with Huawei P9 Plus. This clearly makes Huawei P9 Plus a smart choice and a superior product, no doubt. When it comes to RAM, both the versions vary slightly. The P9 and P9 Plus feature the exact same CPU, which is Huawei’s new Kirin 64-bit processor.

The Cameras on both devices offer superior quality, but the distinct features—which are truly unmatched in the conventional smart-phone market. As for front facing cameras, each of these P series device sports 8MP lenses. The front camera of the Huawei P9 Plus version offers an autofocus feature for superior results, while on the other hand the front camera of Huawei P9 version has a fixed focus. Moreover, the rear camera on the both devices has laser auto focus. Overall the photographic experience is just a fan with Huawei P9 and P9 Plus. However, the camera features of Huawei P9 Plus allow the users to have a more professional photography comparatively.

Similarly, both the versions have different battery specifications; Huawei P9 Plus offers 3400 mAh non-removable battery whereas, Huawei P9 has been incorporated with 3000 mAh battery. It is pertinent to mention here that Huawei has provided both the versions of P9 with the best battery solutions compared to the other smart phones available in the market. Moreover, Huawei P9 Plus has a faster charging with Rapid IC Charging (P9 Plus has 2 chips that enhances rapid charging as compared to P9).

Moreover, the P9 Plus also stands out with a massive improvement on the front-facing stereo speakers, rather than having a single speaker on the bottom. Also the P9 Plus version offers an IR blaster that enables the user to control the electronic devices like TV and AC. This feature is exclusive with the P9 Plus and not available in Huawei P9.

So, these phones are quite distinct in many important aspects and the P9 Plus certainly emerges as the winner. Because, Huawei P9 Plus has special features, offering the user control for the TV and Air conditioner simply by using the Huawei P9 Plus smart phone. Another interesting feature is the active dual SIM option at the same time in the Huawei P9 Plus. Third and the most exciting thing the customers have been attracted towards being the Dual 4G SIM activation in Huawei P9 Plus. It is also enriched with a Super AMOLED display that supports Press-Touch technology. The P9 is available in Colors like; Rose Gold, Prestige Gold, Titanium Grey and Mystic Silver, while the P9 Plus comes in Colors like: Haze Gold, Quartz Grey, Rose Gold and Ceramic White.

Apple Once Again Sued, This Time for $10 Billion