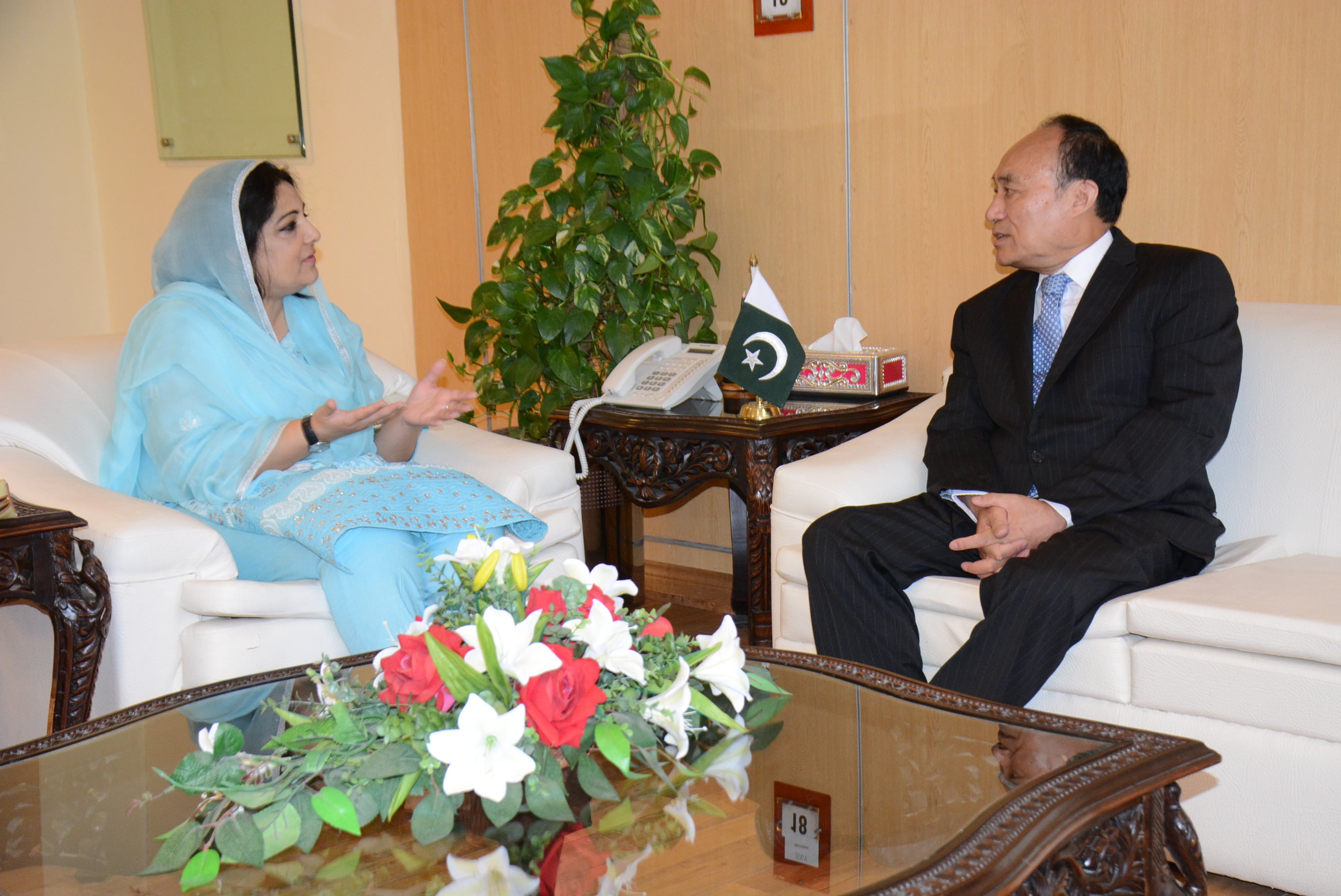 Secretary General ITU Mr. Houlin Zhao (who happens to be in Pakistan in connection with the Asia pacific roundtable conference being hosted by Pakistan) has called upon the Minister of State for IT&Telecom Mrs. Anusha Rahman in her office today.
The Minister welcomed Secretary General (ITU) in Pakistan and appreciated the efforts of the ITU in harmonizing the use of ICT’s throughout the world. The Minister also briefed the Secretary General regarding the recent development and key initiatives being taken by Pakistan in the field of ICT’s
Anusha Rahman said that GOP is fully cognizant of the fact that development of ICT’s is a key to spur socio economic growth. Therefore we are rigorously pursuing the agenda of Digital Pakistan on priority basis. Our vision of accelerated digitalization will surely transform Pakistan in to a knowledge based economy. She stated that her Government staunchly believes in ubiquitous development of ICT’s infrastructure across the country with special emphasis on serving marginalized segment of the society. Therefore we have already rolled out programmes of worth Billions of Rupees through USF in order to connect un-served / under-served areas of Pakistan under “Rural telephony project” and we are also ensuring the provisioning of 2G/3G services to all these remote and far flung areas and by end of 2018 such parts of Pakistan will be connected Insh Allah.

Anusha Rahman further said that our broadband penetration has phenomenally rose to more than 19% from less than 3% within the shortest span of two years and we are anticipating 38% increase by the end of 2020. She said that our Government has successfully curtailed the menace of “Gray Trafficking” Through an appropriate policy intervention and succeeded to bring white minutes back to more than 1.5 Billion per Month.