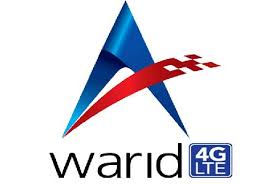 Warid Telecom Private Limited won the significant Shaukat Khanum’s Corporate Social Responsibility award. The hospital arranges a graceful ceremonial every year to identify the efforts and contributions by corporate organizations. In telecom segment, Warid is the only corporation which has been able to win this prestigious award for the fifth time consecutively from SKMT.

While admiring the continuous support by Warid Telecom, Imran Khan, Chairman of the Board of Governors Shaukat Khanum Memorial Trust, said “Warid is perhaps the most active and consistent telecom contributor, over the years, it has been able to earn a great brand character and repute which is mainly because of its devotion and involvement in community welfare for the well-being of the people of Pakistan. At Shaukat Khanum, we share the same intent, passion and energy which is the reason why SKMT appreciates the continuous support from Warid Telecom.”

How to Fix: “Could Not Start Messenger” Android Bug