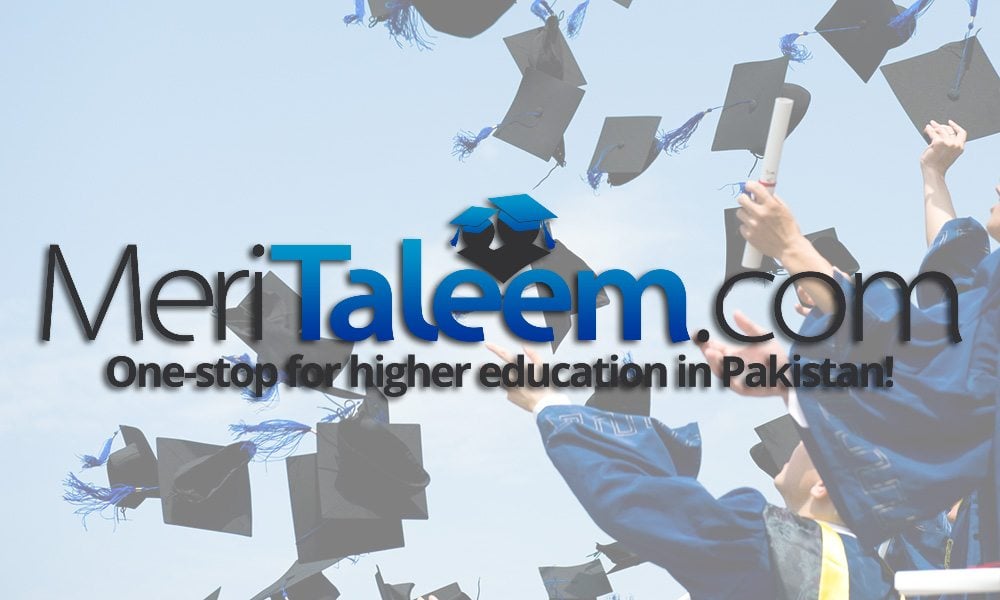 Featured ICT News
Home - Featured - MeriTaleem: The Failure Story of A Startup And A Learning Lesson For The Budding Entrepreneurs

MeriTaleem: The Failure Story of A Startup And A Learning Lesson For The Budding Entrepreneurs

Building a startup is a very tough job and requires loads of hard work and dedication. We often read the success stories of the famous entrepreneurs and their startups, but nobody has the courage to come forward and share his failure story so that any budding entrepreneur, who’s on the verge of losing hope can learn something from the story and try to avoid such mistakes.

One such daring person is Mr. Usama Shahid Khan who came forward with his story about his failed project. He has shared his experiences, hard work, struggle and the hindrances in his path. Here is a brief overview of the startup and its short journey.

MeriTaleem is a web portal that provides information, career counseling, and an online way for submitting applications to the different universities of Pakistan.

Almost 170 plus HEC recognized universities were added with MeriTaleem.com. It provided career guidance to the students who were confused and not sure about their future fields.

The web portal contained a full-fledged admission system for the universities of Pakistan and could link up the students to the university making the hectic procedures of admissions in Pakistan it is relaxed and intelligible.

MeriTaleem.com existed for almost 2.5 years, and it served approximately 50,000 visitors per month. The owner still answers queries of different students who call him on the cell number mentioned on the website.

MeriTaleem was the idea of Usama Shahid Khan, who initially built it and later on he was supported by the Chairman Ovex technologies, Faisal Khan. The office space and resources of Ovex Technologies were used to launch Meritaleem and Faisal Khan provided his full support and mentoring to the business plan.

MeriTaleem got its first raising $10k from a UK based Pakistani expert, Habib Ahmad, who invested such a huge amount by trusting the skills and capabilities of the young entrepreneur. At that time, not a single code related to the plan was written.

In 2014, an additional $37.5k were raised for the project, and MeriTaleem was officially launched to the public in May 2014. The [email protected] Social Innovation Grant of $8.5k was also awarded to the startup.

According to Usama, he hired a team of talented content writers, web developers, and social media people but the mistake he made was that he hired fresh graduates in their professional fields. The reason was that he was also short of funds to hire the expertise of professional people.

The technical developments were outsourced to a company in Rawalpindi. MeriTaleem was also supported by the Invest2Innovate and many other well-wishers, mentors and friends who always provided their help and suggestions for the betterment of the business.

The biggest threat to MeriTaleem was the country Pakistan itself. Starting a business in a country like Pakistan is not less than a challenge. Although there is a huge demand for career counseling and a platform for providing easy admissions to the students in universities, changing the mindsets of university representatives was very tough.

The legal procedures in Pakistan are very complicated and it took so many months for the company to register at SECP. This was because of the reason that the owner did not offer any bribes to the officers as a result of which they had to suffer.

The MOU’s signed with the universities never turned into contracts, and the university representatives refused to give any information or their support to the project.

Next was the Banking system of Pakistan which was even worse. It took the company almost eight months to open up bank accounts with the banks and allow the students to make payments.

The corporate sector proved even worse than the government departments, and they failed to provide services for the growth of other business and startups.

At this time, most of the colleagues and employees had lost hope and quit their job because they had lost their motivation to work.

After all the cruel some formalities had been fulfilled related to the startup, at the end time, one of the investors refused to provide funds, and this was the last nail in the coffin. The company owner was left with no option but to look for alternate job as the business cannot flourish and survive without sufficient funds in hands. After spending three years on the concept, Meritaleem was eventually shut down.

Hope Is Still There

The website is still working and trying to serve its visitors. The owner Usama Shahid still answers all the phone calls and the queries of the students and trying to help them in every way possible. Our country needs the projects and business ideas like MeriTaleem and we hope that the initiative is taken once again with total enthusiasm and support from the corporate, legal, and government sectors of Pakistan is provided to make this fantastic business idea flourish once again.