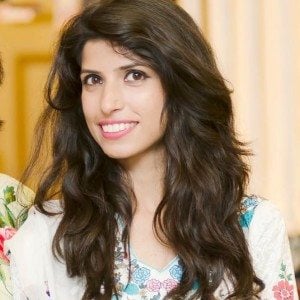 In the male dominant industry of video games, Sadia Bashir is the female video

her way to pursue her dream of becoming the video game developer. She owns a

work through all the hardships and challenges to make it to the top.

In her early years, Sadia used to visit the gaming arcades along with her brothers

to play video games. She also used to play these games with her friends. Sadia

was always fascinated with the graphics, characters, and the designs of the video

Sadia’s parents could not afford her education. By sewing clothes and giving

tuitions, she managed to pursue her studies all the way to COMSATS Institute of

Information Technology, from where she did her Bachelors and Masters. She got

scholarship from HEC for her studies in Bachelors.

Adobe Flash and Photoshop in her early years. While working on her final project

of Bachelor’s, she realized that she could start developing games. She was

encouraged by her friends and teachers too.

year project for her bachelor’s. She also used to attend different conferences

during her university days to present her games.

documentaries and animation work. After that, she worked for Urchin Games for

famous game studio in Pakistan and there she worked with international

mentors from Kiwi and RockYou Games.

game developers. She came with the idea of an academy for the inspiring video

game developers. Soon, she founded the PixlArt GamesAcademy (PGA) along

with her brother-in- law Umair. She took a start at the WECREATE Center and

and mentors. They helped her launch the PGA and provided her all the

training sessions and workshops on the video games development and designing.

The PGA has got the support of many international mentors like Ken Levine, Jon

Chey, and Brie Code and providing their full support and assistance to the

Academy. Sadia, herself, is working on two games RPG and a social game.

work and dedication through her inspirational story. She wants all such women

The Second Islamabad Civic Hackathon Comes To a Conclusion