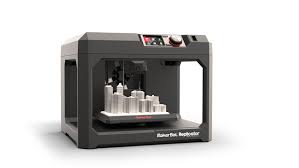 3D PRINTERS BE THE SECRET BUSTERS, THEY CAN HELP UNLOCK YOUR PHONE!

printer, so that they could decipher his phone for some investigative clues in it.

Jain claimed that the dead person was a sitting target of a murder case, rather not of an attacker.

However the phone of the sitting target has not been unlocked yet! But Jain has already

his boat to achieve the plastic fingerprints covered with metallic particles, which if once made,

then they can easily be read by the scanner!

In case if Jain succeed in unlocking the phone , and if this method works then once again the

security would be endangered even for the so called highly secure fingerprint passcodes!

In October 2014, a Virginia court ruled that suspects can be asked to unlock their phones using

their fingerprints. On the other side if we see we conclude that PINS are more secure passcodes

for all our digital devices

way to people personal phones is no easier!

To extent the study to the question that what to use: either the PIN CODES or the

FINGERPRINT CODES, in either case our privacy seems to be more unsecured because at one