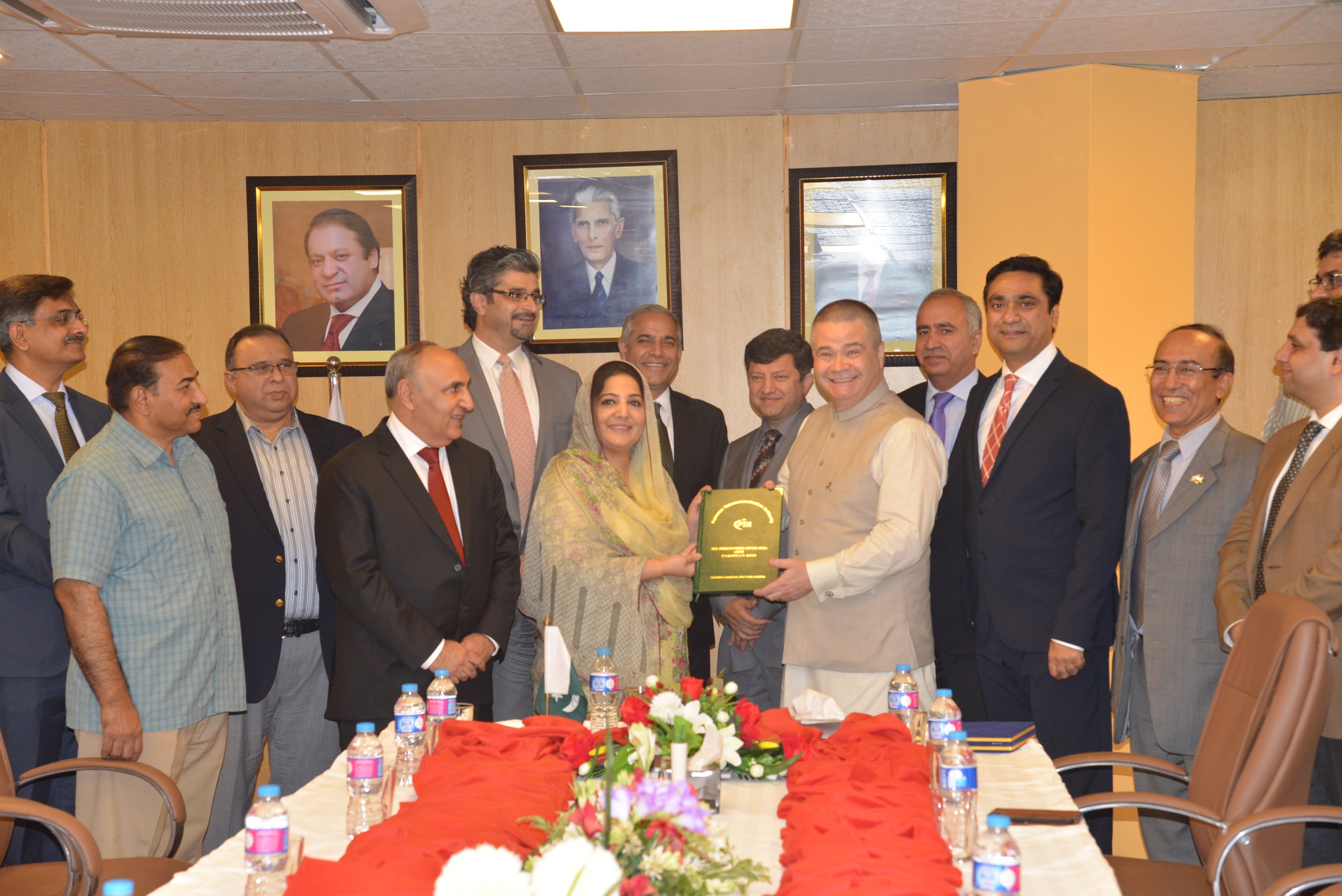 Technology neutral license for the 10 MHz of frequency spectrum 850 MHz has been handed over to the successful bidder, Telenor Pakistan in a “License awarding Ceremony” which was held at Ministry of Information Technology and Telecommunications today.
Minister for IT & Telecom Mrs. Anusha Rahman formally handed over 850 MHz license to Mr. Michal Foley CEO Telenor Pakistan. The new CEO designate Mr. Irfan Wahab was also present at the event. The newly awarded license will also enable Telenor Pakistan to launch 4G Services in Pakistan and would become third 4G operator in the Country
Anusha Rahman, while congratulating Telenor Pakistan, stated that Telenor has played a significant role in the sector during the last few years. Telenor successfully participated in all 3 spectrum auctions held in last twelve years and have invested billions in Pakistan since they first got the license in 2004.
Telenor Pakistan also played a significant role with other operators in Biometric Sim verification process as well as extended their support in handling the menace of Gray Traffic. Anusha Rahman further said that when she became Minister, the broadband penetration was less then 3% but within a shortest span, Mobile Broadband is grown to more than 19% and is targeted to cross 38% by 2020 In sha Allah. The new license to Telenor will further enable taking high speed connectivity and the associated socio economic benefits and opportunities to the Pakistani citizens.
While expressing his gratitude to the Government, Michael Foley, CEO, Telenor Pakistan, said, “Telenor is committed to supporting Pakistan’s efforts to become a digitally developed nation. Driven by our vision of empowering societies, our success to date has been built on a simple realization: mobile communication, financial services and internet are not luxury goods for the few; they are for everyone. He extended his heartfelt felicitation to the Minister for her nomination as “Broadband Commissioner” in global Broadband Commission. He hailed the Minister for her key initiatives towards expanding the overall digital ecosystem in the country.
Secretary IT Mr. Rizwan Bashir also congratulated Telenor Pakistan and appreciated the role of his team at MoIT, PTA, FAB for Carrying out another successful and transparent spectrum auction.   Chairman PTA, Members (Telecom, Legal, IT & HR), Senior Officials from FAB and MoIT were also present in this license awarding ceremony.