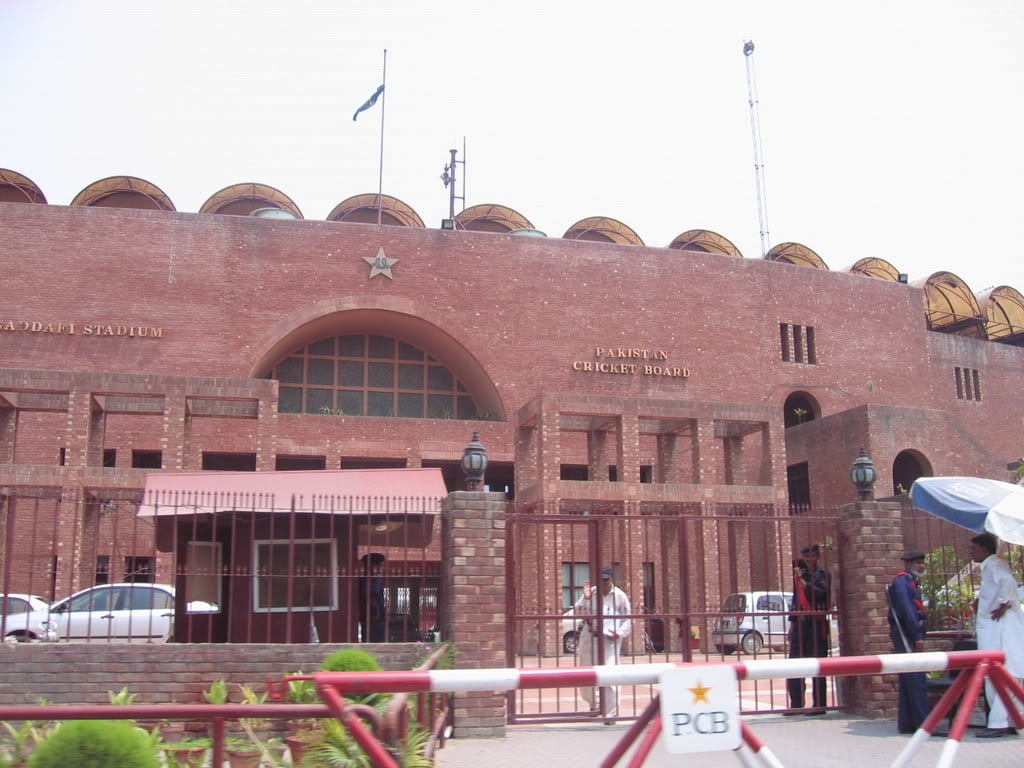 Sources in the FIA said the investigation has launched into bungling
of millions of rupees in at least four major projects.All leads of
investigations are going to one of the oldest employee of the PCB who
is currently COO of the board and calling the shots, they said.

Subhan Ahmed has been working in the PCB for the almost two decade and
knows the art to get the successive Chairmen favors by serving all
‘means’ to them including present Chairman for Subhan has become blue
eyed of Chairman PCB Sheryra Khan, a the rendered his services to
retired bureaucrat, by serving his wife domestic works.

According to the FIA officials, in its initial findings, the FIA has
detected a Rs8.6 million fake bank guarantee furnished by a contractor
in the construction of Garhi Khuda Bakhsh Stadium in Larkana, Sindh
province and Rs5.6m illegal payment made to another contractor in the
Cricket Academy in Multan, Punjab province.

In another on going project of construction of far east pavilion at
Gaddafi Stadium Lahore which is not completed for the last eight years
has cost the PCB to so far Rs 300 million while completion of the
project is not in sight in near future.
The contractor firm, the U.Q. and Sons, has accused PCB Chief
Operating Officer Subhan Ahmad of not providing electric drawing and
releasing payments (Rs30m) as per agreement.

As a result, he has told the FIA, the project which was about to be
completed has hit snags and costly equipment (over Rs150m) the PCB
acquired for the laboratory in 2006-07 has also become outdated.

In the Far End Pavilion project, the FIA is investigating
excessive payment made to the contractor in violation of rules, thus
causing a loss of millions of rupees to the PCB.
“The board has allegedly made excessive payment against the work
completed in the project,” FIA said.
The FIA is also investigating why consultants were not appointed
for the project according to the rules of the Public Procurement
Regulatory Authority and the PEC.
The complainant firm has blamed Subhan Ahmad and others at the helm
in the PCB for ‘reported illegalities’ in the project. PCB Chairman
Shahryar Khan is responsible to manage the board’s affairs and free it
from all kinds of corruption.

“Illegalities and misappropriation of funds in different projects
was not possible without the collusion of both parties — the PCB and
the contractors,” FIA said which will fix responsibilities in this
regard once it completes the probe.

The PCB denies the allegations saying it had fired Col (R)
Mohammad Bashir, who was working in the infrastructure department, on
recommendations of the inquiry committee for being in “collusion with
the contractor”.

A PCB spokesman said that the machinery acquired for the laboratory
had not become outdated and had been put to use by the current PCB
administration in a joint project initiated in collaboration with the
Lahore.

About the Cricket Academy project, he said: “The said amount
(mobilisation cost) was an advance payment required due to hurdles
being faced in the completion of the project. The payment was later
adjusted against the total contract amount and the PCB did not suffer
any loss.

“For the Far End Pavilion project, the additional payment was not
excessive and it had to be made due to revision of designs by the
consultant,” the spokesman said.

Social Enterprises work Together with Ufone