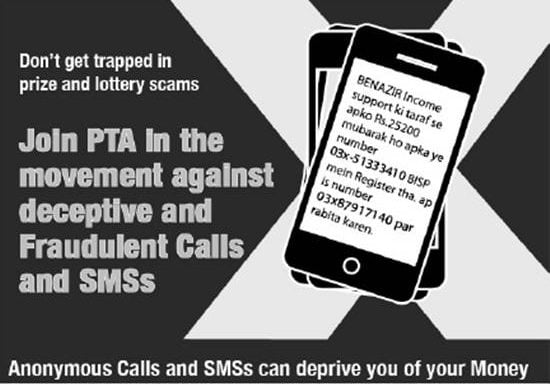 People are Still Being Fooled With Fake Prize Money Sms

People are Still Being Fooled With Fake Prize Money Sms

But it has now been brought to the knowledge of  Chief Justice Anwar Zaheer Jamali of the Supreme Court that the orders of the court aren’t being followed by the telecom companies.

He said that people receive a text message that asks them to dial a number to become a part of the prize scheme. Dialing the number costs them Rs 25 from their prepaid balance or is added in their postpaid bill.

The next hearing is to be done in the first week of august!

The way that people are still fooled around by these things is a surprising fact in the world of today.

$6 Billion Exports Targeted By Pakistan Till 2020