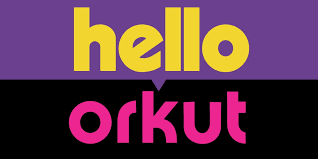 ” HELLO ” From The Founders of Orkut

The ORKUT founders had a site run down in the 2014 which was shutdown by the Google servers.

It had for over 300 million users! And was founded by a Turkish founder Orkut Buyukkokten as part of Google’s 20 percent project.

For the lovers of ORKUT, here is orkut with another welcoming site, THE HELLO .COM.

It was claimed by Orkut: “So to all my friends, thank you for making orkut such a loving community. I’m so blessed to share this world with you. As a token of gratitude, I am making a new social network just for you. I’m not so good at goodbyes, so I’m calling it hello. hello is the next generation of orkut.” It had for over 300 million users! And was founded by a Turkish founder Orkut Buyukkokten as part of Google’s 20 percent project.

Some features of HELLO.COM ARE:

1. It is somehow similar to Google+.

2. It has several communities called as “personas” that allow us several facilities of cooking, traveling, gaming etc.

3. It connects you with people of similar interests.

4. It also allows u to get news feed in a similar was to Facebook, etc.

You can check it out at hello.com. It offers Android and iOS apps, both of which aren’t available for download in Pakistan yet.

Pakistan IT Companies to Participate at GITEX