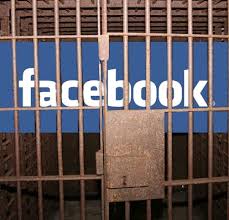 The cyber crime sector of FIA in Karachi has caught a person who claims to be the resident of the area of nawabshah, who was involved in the crime of social forge! He used to upload fake videos on the social media network, facebook!

Abdul KarimDahri, the suspect, was arrested from Nawabshah yesterday and a case has been filed against him by the FIA.

Claimed by an investigating officer, “The accused recently posted a fake post on Facebook regarding donkey meat being used in Sindhi pulao in Nawabshah.”

Abdul Karim was a teacher by profession and he also used to work as a self-journalist too. It is reported that he used to dodge and blackmail people, just for the seek of get money from them!

The owner of the sindhi pulao restaurant claimed and filed a report against the foolish man, abdul karim, in the FIA.

The lesson that is hidden inside this incident for us is not to believe the random ads and information so blindly on the social networking sites. Because we never know what is a spam and what isn’t!

We should verify and confirm this thing before taking any serious step against them!