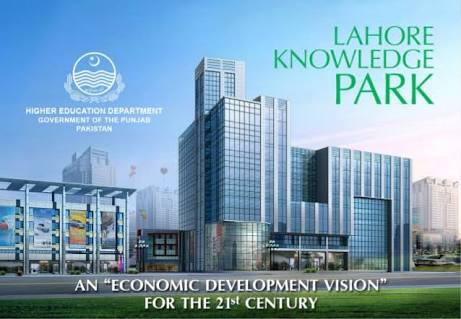 Here’s another mega project from the government of Pakistan. The knowledge park of Lahore is a fundamental step towards the strengthening of the bonds of the industry and the economy.

This is a project of about $1 billion.

It will work as the machine of betterment not only for the city alone but also for the whole province at one time.

The company claimed that the basic infrastructure such as roads, science facilities and some universities will be finalized by the end of 2017.

“It is a very interesting concept from which the entire world is benefiting. Lahore Knowledge Park will be a fourth generation park being established over 852 acres of land located a few kilometers from the Pak-India border. It will consist of universities and schools, science and innovation hubs, a retail and central business district, a residential district, an entertainment zone and green areas. The project will serve as a growth engine for Lahore as it will promote education in five key areas, namely, life sciences and bio-technology, design and creative industry, information technology, computer sciences and science and engineering”

8 universities would also be investing money on the criteria of building their campuses in the knowledge city.

The CEO of this project has stated that both the foreign and the local investors are willing to invest a handsome amount of money in this project.

He says that there are even offers to invest about $1 billion in this project. Isn’t that amazing folks?

This step is going to cherish education in Pakistan, by creating 11,200 PhDs and 40,000 jobs in Pakistan.