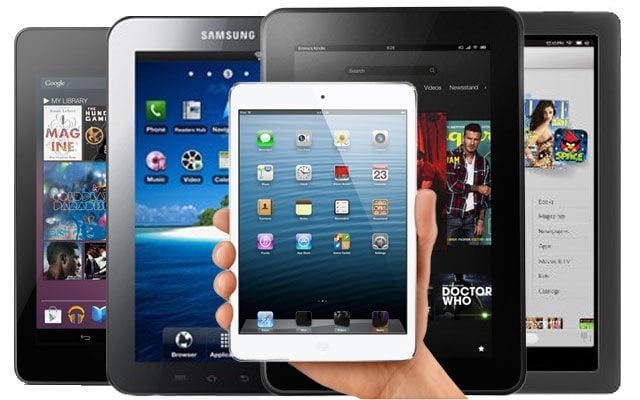 Asus launched its ZenPad tablet in the previous year. Some of the feature of this device is as follows:

This tab is featured for Rs 22,000 for the 16GB version and Rs. 28,000 or 29,500 for the 64GB version running Android or Windows 10, side by side. Some of the users have called it as the competitor of the iPad series too. But we aren’t sure if that was the intention of Xiaomi too, but what we do know is that it is a smart looking and brilliant functioning tab. It comes in many various colors too!

It is a bit smaller in design but still a smart looking one thought’s, this feature makes it abit light weight and easy  to handle. It is also waterproof! And has a battery life of an amazing time. Additionally, it comes with a PS4 Remote Play feature that really want games over. You can purchase this tablet for Rs 50,000

Samsung hits the second rank on the list! Undoubtedly it one of the best tab that you could ever experience. It cost for Rs 40,000. With this tab you get a fingerprint scanner and IR blaster, something you won’t find in many tablets. It is mainly manufacture for the media properties that result of it having a big wide screen too!

And once again apple be’s the star of the chart. It cost for about Rs 46,000 for the 16 GB variant to Rs 78,000 for the 128GB version. Its camera features are also brilliant as always! Unless you prefer Android or something more productive like Windows OS, this is the tablet to go for if it is in your budget.